El Fuerte de Samaipata is a unique archaeological site in the mountains of central Bolivia. It features a stone hill carved with a wide variety of animal and geometric figures. It has been designated a World Heritage Site and included in the carvings is this disc shaped UFO. 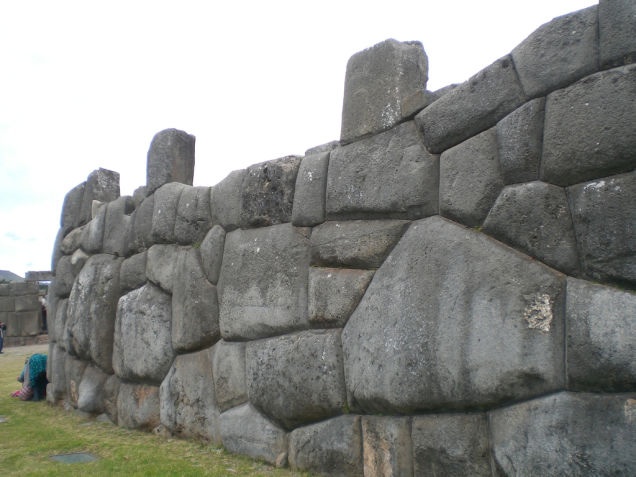 Sacsayhuamán (or Saksaywaman), outskirts of Cusco, Peru, the former capital of the Inca Empire. Clear evidence that technology not invented for thousands of years was used in the construction.

The Great City of Teotihuacán (it means The Place Where Men Become Gods), one of the first cities of the Western Hemisphere, and the largest one before the early 15th century, now in Mexico, near Mexico City. 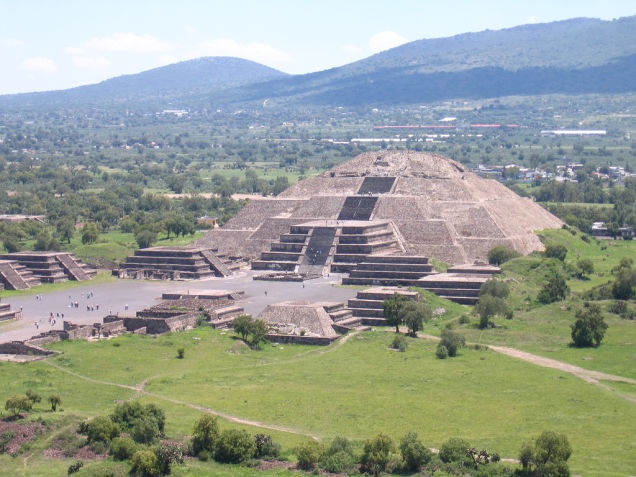 This giant underground city, the biggest in Turkey is large enough to house 20,000 people with everything they want, including food stores, wine and oil presses, stables, refectories, chapels, a school, communal rooms, freeh flowing water and lots of and storage rooms.

The Nazca Lines – etched into a high plateau in Peru’s Nazca Desert, a series of ancient designs stretching more than 50 miles has baffled archaeologists for decades.

The Cloud People, Los Pinchudos, Peru have been claimed to be statues of alien visitors.

Another mystery of Nazca is the flat-topped mountain a few miles away from the lines. High above the plain, and containing some of the thicker lines, there is an enormous mountain with a perfectly flat top.

It’s very possible that the top of this mountain was completely sheared off by something (or someone) to make this level surface to carve more lines on. But no debris from this earth movement is found scattered around the mountain…it remains an unexplained mystery!