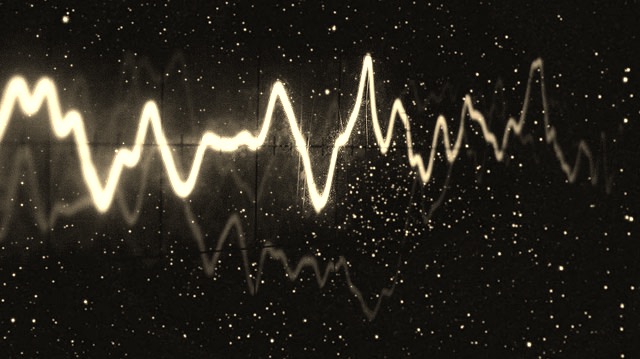 What explaination can be found for the many odd sounds that can be heard or recorded around the world? Top scientists continue to be puzzled by many of these strange sounds:

Here are the 10 most mysterious ones:

Broadcasting at 4625Mhz, a strange, repeating radio signal has been observed emanating from broadcast stations in Russia.

While the signal was first believed to be broadcast from a station in Moscow, the signal has since moved towards St Petersberg.

This has led to speculation it is a means of communicating secret messages to members of the Russian military.

The giant statues at the Theban necropolis, west of the Nile, are believed to omit a bizarre sound – following a devastating collapse in 27 BC.

The weird noise can be heard around the break of dawn and is described as being similar to an instrument’s string breaking.

Scientists have debated its cause – with dew surrounding deep cracks within the stone thought to offer a potential explanation.

Strange noises emanating from deep below the Arctic Circle were observed by Soviet submarines during the Cold War.

The sound is said to have resembled the croaks of a frog, with crews convinced they came from a biological source.

An extremely low, but highly powerful frequency was picked up by researchers over several months in 1997.

Investigations led scientists to a potential origin of the sound close to South America, yet its true cause remains unclear.

Also known as the 52-hertz whale, this high-pitched, short sound is “unlike any other on Earth”.

Marine biologists are baffled as to its origin, with a possible mutation or deformity speculated to be a possible cause.

Dubbed the loneliest whale, the animal is unlikely to be able to communicate with any members of its own species.

Yet another marine mystery comes from a sound emanating from deep within the Equatorial Pacific Ocean was discovered by the US Oceanic Administration.

The frequency slows down gradually over a period of seven minutes, earning it the moniker ‘Slowdown’.

The town of Taos, New Mexico is plagued by a strange, low-frequency hum, reports suggest.

Intriguingly, it affects around 2% of the population wherever it is observed – within their bodies rather than outside.

Observed by US scientists, the level of sound was such that it could be detected throughout the Pacific Ocean, peaking in spring and autumn.

This unexplained boom-like sound is common to many waterfront communities.

Described as very loud, distinct thunderclap scientists continue to search for its origin – which could be the sound of caves collapsing underwater.

A search for extra terrestrial intelligence uncovered a narrowband radio signal lasting just 72 seconds, and recording as being 30 times louder than the sound of deep space.

With this potential clue in mind, astronomers have worked hard to identify its origin – but have thus far failed to do so.