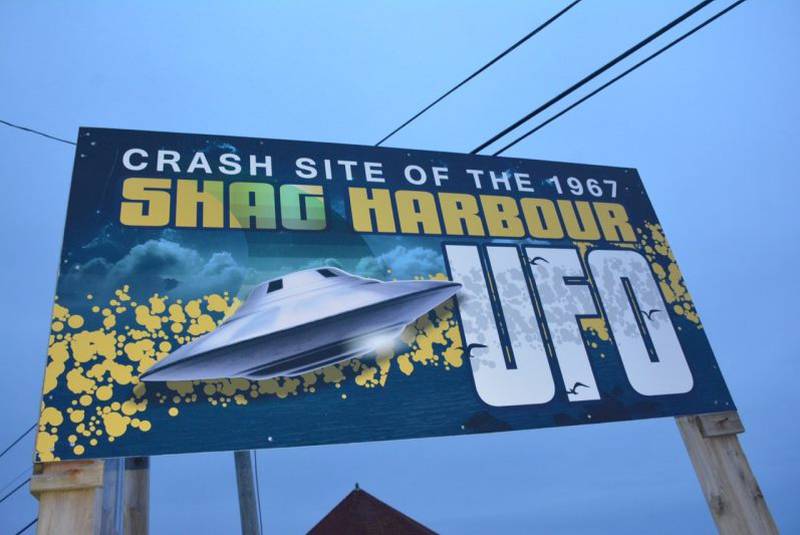 For a time, the small fishing village of Shag Harbor, Nova Scotia, Canada was actually not on the map. But, something very extraordinary happened there in 1967 that would change their status in their geographical area. The harbor, located at the southern most part of Nova Scotia, would be the location of a well-documented and investigated case of a UFO Crash. Reports of UFO crashes in or near water are extremely rare. 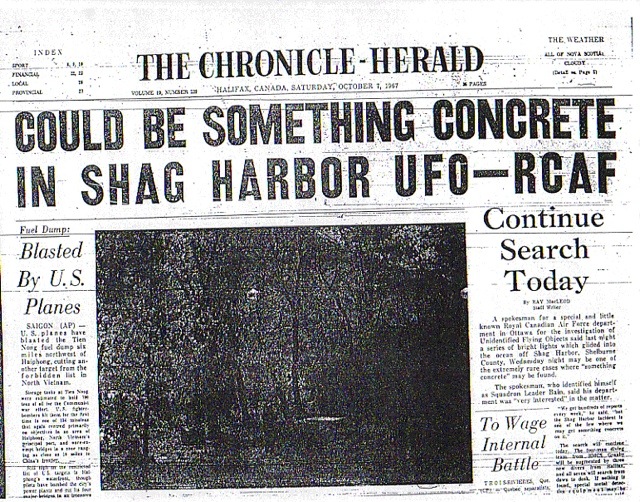 On October 4, 1967, local residents of the community saw unusual orange lights in the sky. Most of the witnesses agreed on the number of lights as four. There would be one report from five teenagers who claimed to have seen the orange lights flashing in sequence, shortly before descending toward the icy waters of the harbor

Expecting there to be a large splash of water from the impact, they were shocked that the object did not enter the water, but float on top of it. The object was about 1/2 mile from the shoreline. The first thought that came to the mind of the witnesses was that they were seeing an airplane crash. They reported as much to the Royal Canadian Mounted Police. The RCMP headquarters were at Barrington Passage. In a chance occurrence, an RCMP constable, Ron Pound, had seen the strange display of lights already.

According to Pound’s testimony, although four orange lights could be seen, he was certain that they were all attached to one craft. He felt that the craft he saw was about 60 feet long. He immediately went to the shore to get as close of a view as possible of the craft in the water. Police Corporal Victor Werbieki and Contable Ron O’Brien were with him. The observers clearly saw a yellow light moving on the water, as it left a yellow foam behind it.

The strange flying object, whatever it was, would occasionally dip into the icy waters, and disappear briefly. At times, it would travel further from the shore, making it difficult to see. Local fishermen, along with Coast Guard boat 101 rushed into the waters to get a closer look, and possibly render aid to injured occupants. When they arrived, the light was gone. The trail of the yellow foam was still visible, however. Finding nothing more, they called off their search at 3:00 AM.

Canadian officials were not done yet with attempting to find out more about the strange crash. They ordered the vessel, “HMCS Granby” to Shag Harbor. Divers from the vessel did an extensive search on the bottom of the ocean for several days, but found nothing to indicate what had happened. Within a matter of days, it seemed that the investigation of the mystery of the crash would go cold. And it did, at least until 1993. One mystery, however, remained: what was a Russian submarine doing in the area?

That would have been the end of the Shag Harbor mystery except for the efforts of MUFON investigator Chris Styles. He was extremely interested in the case, and decided to dig out whatever he could find about the old case. He found some of the original witnesses to the crash through newspaper accounts of the event, and interviewed them. He was accompanied by another MUFON researcher, Doug Ledger. 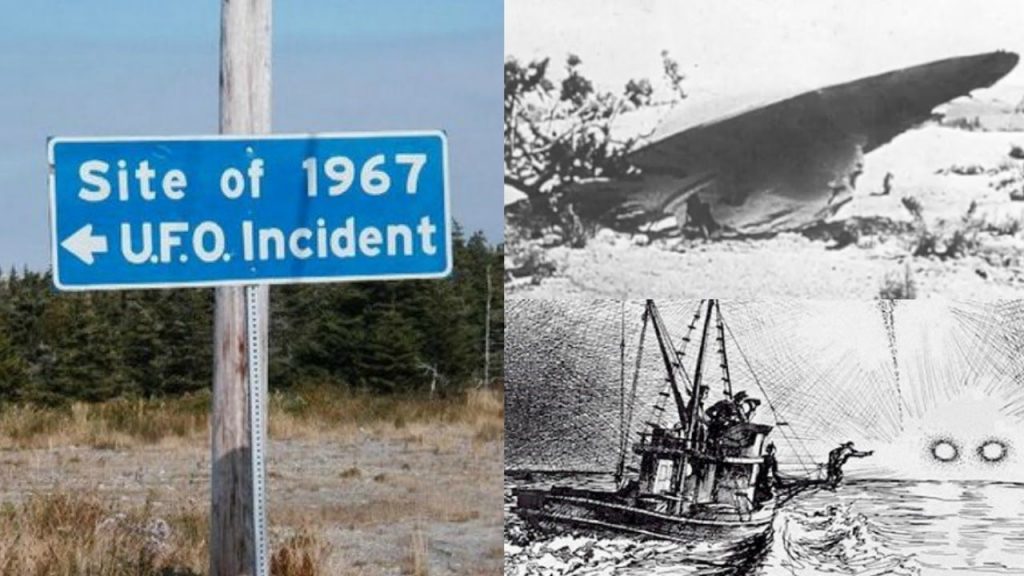 The efforts of these two MUFON investigators would reveal an amazing story that had been covered-up for over 25 years. They found, through testimony by divers on the HMCS Granby, that when operations at Shag Harbor has ceased, the investigation was not over by any means. The divers told the two researchers that the object that crashed into the harbor had left the area, and sped underwater for 25 miles to a location called Government Point. The Point was near a submarine detection base, which had detected the UFO. Soon, Naval vessels were called in.

The military had planned a salvage operation, but before they could launch it, a second UFO came to the aid of the first. The Navy decided to take a “wait and see” posture. Also, during this time, Russia sent a submarine into Canadian seas. Evidently they too had monitored the movement of the original object.

Finally, the two underwater UFOs made a break for it. Outracing the Naval ships to the Gulf of Maine, they broke the seas, and sped away into the skies. These details were corroborated by many witnesses, civilian and military, making the mystery of Shag Harbor a mainstay of Ufology, and one of the best documented crash cases of all time.
Report-Origin Unknown: