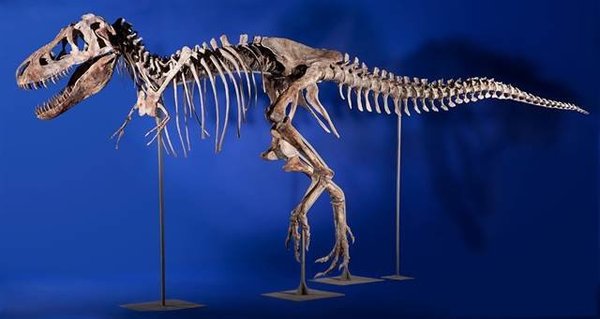 Harvard historian Karen King stirred up a sensation in September 2012 with the unveiling of a papyrus that apparently quotes Jesus talking about “my wife.” The claims quickly sparked questions about the murky origins of the papyrus, and the Vatican suggested that the controversial text was faked. Most other experts on textual analysis were similarly skeptical.

The Smithsonian Channel has delayed broadcasting a documentary on the find, pending further testing after initial tests seemed to prove the document genuine. Status: wait and see!

2012’s most publicized ancient mystery has to do with the Maya calendar, and the fact that Dec. 21 apparently marked the end of a series of cycles — including the 394-year baktun cycle as well as the 5,126-year “cycle of creation.” Somehow, those calendrical cycles got mixed up with worries about the end of the world. Did the ancient Maya really think the cosmos would blink out of existence when the calendar ended? And if they did, why should we believe them?

Nothing happened on Dec. 21, other than some New Age-style celebrations of the new age. But the controversy did attract some extra attention for archaeological finds — including the discovery of a calendar workshop that clearly referred to dates beyond 2012, and an inscription that refers to the end of a calendar cycle in 2012, but not the end of the world. Status: Case closed.

You could argue that the world’s hottest dinosaur fossil is currently in federal custody in New York. The 24-foot-long skeleton, nicknamed Ty, was said to come from a tyrannosaur-like species known as Tarbosaurus bataar. Fossil dealer Eric Prokopi sold it for more than $1 million in May, but experts claimed that the bones must have been smuggled out of Mongolia years earlier. Federal authorities seized the skeleton and filed criminal charges against Prokopi.

Researcher Angela Micol made a splash in August with claims that Google Earth imagery appeared to show pyramid-type structures in the Egyptian desert. She suggested that these were previously unknown sites — but it turns out that archaeologists have known about them for decades, and have studied them up close. The most intriguing formations are natural mounds, topped by structures that may have served as watchtowers and/or wells, said Italian Egyptologist Paola Davoli.

Another formation that Micol saw in the imagery is thought to be an oddly shaped natural butte. Micol told me in September that she was working with contacts in Egypt to get a closer look, but there haven’t been any new revelations lately. Status: unsolved.