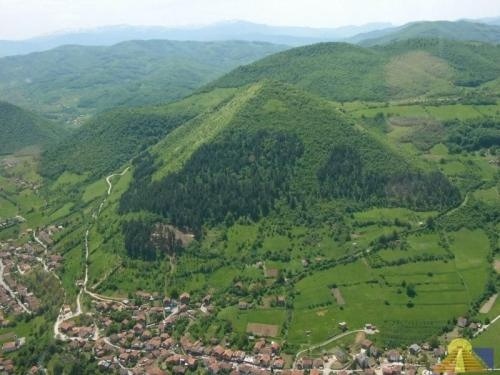 The controversial site of the Bosnian Pyramid of the Sun has a team of over 200 interdisciplinary scientists from all over the world doing scientific analysis on not only the nature and age of the building materials, but also determining how the energy of the pyramid was used by the ancient scientists for applications beneficial to humanity ranging from geothermal transportation, climatology, and advancements in human physiology and health.

Bosnian Pyramid of the Sun, the biggest stone structure in the shape of the pyramid on the Planet with the height of 220 meters, Visoko, Bosnia-Herzegovina 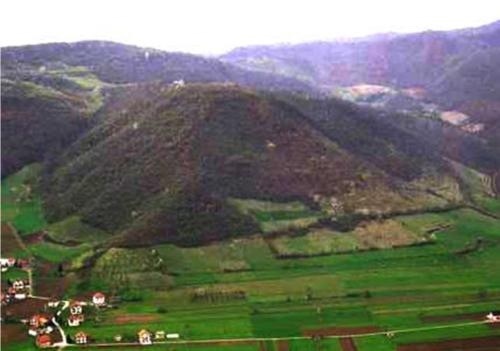 Results released by the Polytechnic University of Turin, Italy of chemical and diffractometry laboratory analysis done on sandstone and conglomerate blocks taken from the Bosnian Pyramid of the Sun show that the samples are an inert material with a binding, similar to that found in ancient Roman concrete. These results were confirmed by analysis on the samples done at the University of Zenica,Bosnia-Herzegovina.

In a separate independent test, Professor Joseph Davidovits, renowned French Scientist, member of the International Association of Egyptologists and author confirms this claim. “I performed electron microscopic analysis of the sample and I propose the geopolymer chemistry that was used to make this is ancient concrete,” wrote Prof Davidovits. 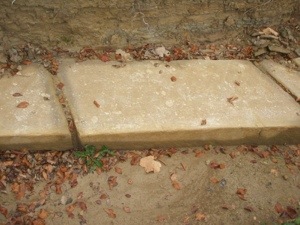 He further adds that the sample is composed of “a calcium/potassium-based geopolymer cement and that although he cannot date the sample, he can discern that it is not modern concrete, but more like the technique used by the Egyptians 3500 years ago.” In his book,The Pyramids: an Enigma Solved,Davidovits presents the current knowledge of pyramid construction that is supported by scientific, historical, and linguistic studies which prove that the Egyptian pyramids were constructed using agglomerated stone (limestone cast like concrete).

The research on pyramid technology has long suspected that pyramid energy involves science and machinery far more advanced than what we currently have today. Christopher Dunn, author of The Giza Power Plant, published in 1996 explains that the pyramids were ancient energy machines, currently a popular theory among researchers. The pyramids of Bosnia have the same elements described in the Giza pyramids that define the structure of an ancient power generator system.

After visiting Bosnia in 2011, Chris Dunn stated, “While I was in Visoko, experts from various disciplines showed excitement on the result of their studies of the so-called pyramid hill. Hopefully, in due course, clear signs of ancient precision engineering will eventually be discovered.”Now in 2013, the Bosnian archaeological site is further excavated and new scientific evidence has emerged proving that ancient precision engineering was indeed used to build the Bosnian Pyramids.

Bosnian Pyramid of the Moon, with it’s height of 190 meters second biggest stone structure in the Bosnian Valley of the Pyramids. Together with the Sun and Dragon pyramids form a perfect equilateral triangle. All pyramids have been covered by soil and vegetation similar to pyramids in Central America and China.

Since it was discovered in 2005 by Dr. Sam Semir Osmanagich Ph.D., director of Center for Anthroplogy and Archaeology at the American University in Bosnia-Herzegovina, the Bosnian Pyramid complex has been stonewalled by mainstream archaeologists until recent scientific evidence which makes it impossible to deny the authenticity of this history changing discovery.

“The team of interdisciplinary scientists conducting studies on the cosmic energy enigma at the archaeological site in Bosniaare on a relentless pursuit to uncover the wisdom from the ancient culture that left this behind,” states Dr. Sam Osmanagich. “There are facts about physical phenomenon that can be scientifically verified, yet there remain many unanswered questions unexplainable using our current recorded history.”

Facts that have been verified by scientific analytic testing include:

· Radio carbon dating shows the pyramid to be at least 24,800 years old

· Material Analysis shows that the structure is from man-made concrete

· There is an 8.000 kg ceramic block under the pyramid in the underground labyrinth

· An energy beam, electromagnetic in nature with a radius of 4.5 meters and a frequency of 28 kHz,has been detected and measured coming from the top of the Sun pyramid

· An ultrasound beam with a radius of 10 meters and frequency of 28-33 kHz has been measured on the top of the pyramid, as well

“Although tens of thousands of pyramids have been discovered across the planet, none have the construction quality and date back as far as the ones in Bosnia,” states Osmanagich. “Bosnia is the original pyramid, the oldest and largest ever constructed. It has an exact zero degree North orientation and is potentially the key to releasing information about ancient technology that can free the world of its dependence on fossil fuel along with offering the possibility of finding astounding medical breakthroughs in the scientific community.”