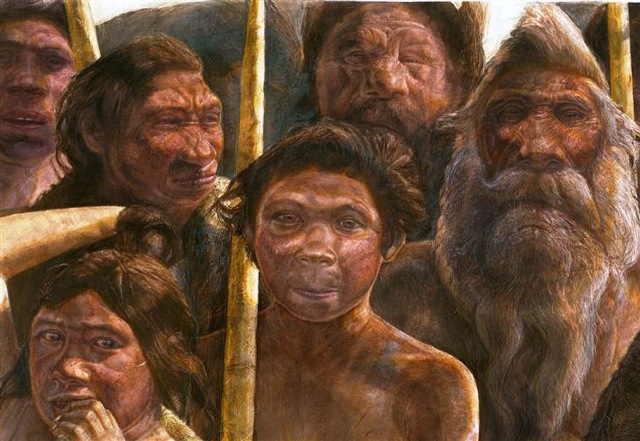 Is it proof we come from Aliens?

Scientists have found the oldest DNA evidence yet of humans’ biological history. But instead of neatly clarifying human evolution, the finding is adding new strange mysteries.

The fossil, a thigh bone found in Spain, had previously seemed to many experts to belong to a forerunner of Neanderthals. But its DNA tells a very different story. It most closely resembles DNA from an enigmatic lineage of humans known as Denisovans. Until now, Denisovans were known only from DNA retrieved from 80,000-year-old remains in Siberia, 4,000 miles east of where the new DNA was found.

The mismatch between the anatomical and genetic evidence surprised the scientists, who are now rethinking human evolution over the past few hundred thousand years. It is possible, for example, that there are many extinct human populations that scientists have yet to discover. They might have interbred, swapping DNA. Scientists hope that further studies of extremely ancient human DNA will clarify the mystery.

This also opens the question, is alien DNA still to be discovered?

“Right now, we’ve basically generated a big question mark,” said Matthias Meyer, a geneticist at the Max Planck Institute for Evolutionary Anthropology in Leipzig, Germany, and a co-author of the new study.

Since the 1970s, Spanish scientists have brought out a wealth of fossils from the cave dating back hundreds of thousands of years. “The place is very special,” said Dr. Arsuaga, who has found 28 nearly complete skeletons of humans during three decades of excavations.

Based on the anatomy of the fossils, Dr. Arsuaga has argued that they belonged to ancestors of Neanderthals, which lived in western Asia and Europe from about 200,000 to 30,000 years ago.

Based on previously discovered ancient DNA and fossil evidence, scientists generally agreed that humans’ direct ancestors shared a common ancestor with Neanderthals and Denisovans that lived about half a million years ago in Africa.

Their shared ancestors split off from humans’ lineage and left Africa, then split further into the Denisovans and Neanderthals about 300,000 years ago. The evidence suggested that Neanderthals headed west, toward Europe, and that the Denisovans moved east.

Humans’ ancestors, meanwhile, stayed in Africa, giving rise to Homo sapiens about 200,000 years ago. Humans then expanded from Africa into Asia and Europe about 60,000 years ago. They then interbred not only with Neanderthals, but with Denisovans, too. Later, both the Denisovans and Neanderthals became extinct.

“Now we have to rethink the whole story,” Dr. Arsuaga said.

Dr. Arsuaga doubts that Denisovans were spread out across so much of the Old World, from Spain to Siberia, masquerading as Neanderthals.