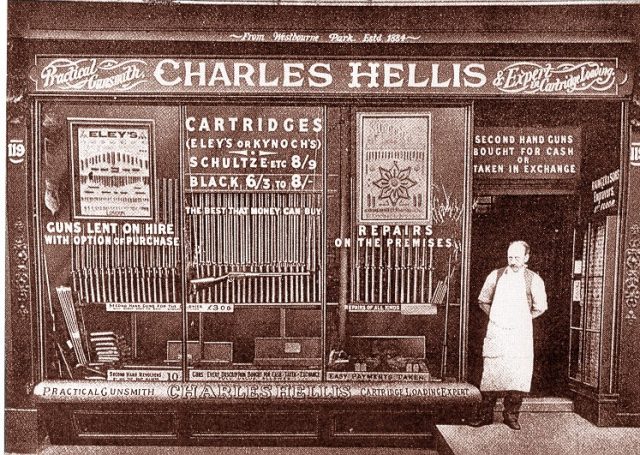 5 Fascinating Facts on Guns and Gunsmithing

Even if you’ve had the good fortune to grow up with guns, you might not know much about the amazing history behind every firearm. Guns may seem everyday and ordinary to you, but they won’t feel that way anymore after you get done reading these five fascinating facts about guns and gunsmithing.

In fact, by the time you’re done reading this article, you’ll just find yourself Google searching for a “gunsmith school near me” so that you can join this amazing community and be part of the legacy of firearms.

When you picture medieval history, you probably imagine knights in shining armor storming towards each other on horseback and brandishing swords. And there is a lot of truth to that. Guns are seen as part of a more modern mythology, and it’s easy to get the idea that the use of guns is a sign of modernity.

However, if that’s what you think, you’re completely wrong.

The first firearms usage was recorded in 1364. To be fair, the guns of the middle ages did not look a lot like the guns that you are familiar with today. For one, they weren’t exactly portable. To use one of these pre-modern firearms, a gunman had to prop up his weapon while using a match to ignite the powder held inside.

Bet you’re happy you live in the 21st century!

A key part in any Bond film is when we get to go behind the scenes to witness whatever elaborate technology Bond will be using to defeat his enemies in this particular film. To those not in the know, the gadgets can often seem more like fantasy than fact.

However, Ian Fleming, the author of the Bond books, had a background in the British intelligence services, and it shows in the results of his writing. In truth, weapons like the ones Bond carries can be found in real life. Witness, for example, the world’s smallest gun: at a mere two inches in length, the tiny SwissMiniGun has been recognized by the Guinness Book of World Records as the world’s smallest firearm. it shoots real bullets, but has to be custom ordered. Watch out though–this Bond style gun comes with a Bond style price-tag, and will set you back a cool $6,200.

3. The FBI has a secret gun vault that houses almost every gun in existence.

You might think the FBI is mostly in the business of confiscating guns–but you’d never guess that they are also building up quite an arsenal of their own! At the FBI lab in Virginia, the FBI houses a collection of around 7,000 guns, each with their own unique history and stories to tell.

The library is used to help the FBI solve crimes, and it’s fair to say that there probably aren’t many criminals out there with the creativity to find a gun the FBI doesn’t already have on file.

4. The biggest gun ever used in combat was built during World War II.

We’ve already told you about the smallest gun in existence; now here’s something even more impressive: the biggest. The Schwerer Gustav was invented during WWII by the Germans. It was designed to break through French defenses. The barrel alone was 30 meters long and it weighed thousands of tons. The shell alone weighed 10.5 thousand pounds.

It was used only a few times before German strategy abandoned it. Although it packed impressive firepower, it was highly impractical and required hundreds of soldiers to operate. However, while it lasted, it was fair to say that it struck terror into the hearts of all who saw it.

5. The first firearms were made of bamboo.

Today, almost all guns are made of metal. It’s practical, durable, and long-lasting. However, the predecessors of modern gunsmiths didn’t have access to the same materials we have today, so they made due with what they had: bamboo. Bamboo was abundant, easily replaced, and extremely common in the part of China where gunpowder was first invented. Unfortunately, it did come with the slight drawback of being highly flammable. The Chinese quickly switched to using metal, and by the time guns spread to Europe, they’d begun to take on a shape similar to the guns we know today.

Hopefully you’ve learned a little something about guns and gunsmithing. There’s so much more out there to know about the science and art of making guns, but you’ve taken a valuable first step just by reading this article. Who knows–maybe you’re on the road to being a gunsmith yourself, someday.

After graduating from Boston University, Mike Jones has started contributing to www.gunsmithu.net and to share his knowledge and opinions on guns and gun laws with a larger public. Get in touch with Mike on Twitter @mike_jones35