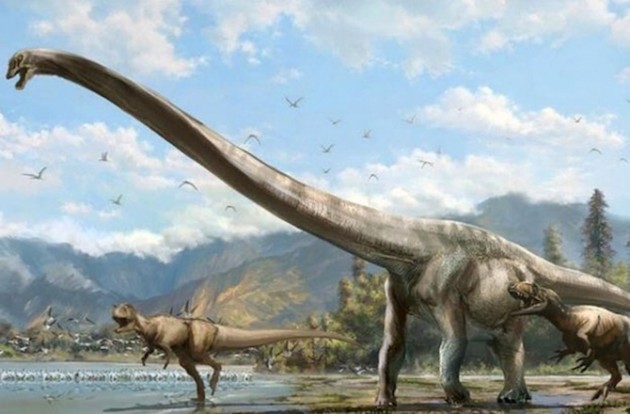 The plant-eating dinosaur, Qijianglong guokr, had an unusual body that was half neck. It lived about 160 million years ago and is described in the latest issue of the Journal of Vertebrate Paleontology.

The construction crew that happened upon the dinosaur remarkably managed to unearth the dinosaur with its head still attached to its long, narrow neck.

“It is rare to find a head and neck of a long-necked dinosaur together because the head is so small and easily detached after the animal dies,” co-author Tetsuto Miyashita said in a press release.

“Qijianglong is a cool animal,” added Miyashita, who is a University of Alberta paleontologist. “If you imagine a big animal that is half neck, you can see that evolution can do quite extraordinary things.”