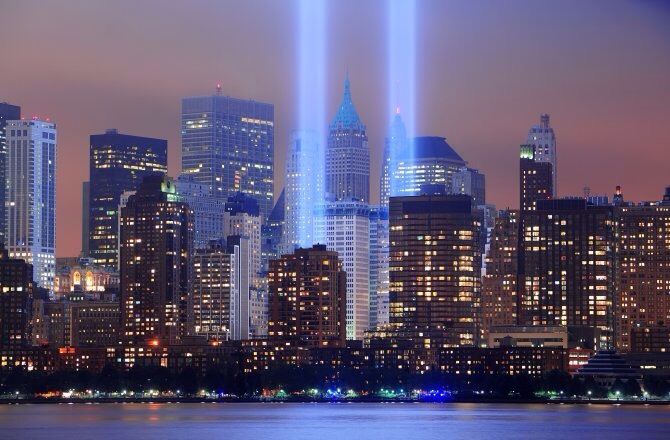 Over the past week, a video claiming to prove that no planes actually hit the Twin Towers on September 11, 2001, circulated widely on Facebook and other social media. Despite a self-evidently absurd premise (thousands of people saw the event, both on television and in real life above them in Manhattan), the video now has been seen almost 3 million times.

The video was soon definitively debunked; it was not a hoax nor faked, but nor was it what it was claimed to be. A 9/11 conspiracy theorist “truther” had reviewed the footage and while slowing down and manipulating the video, decided that there was something suspicious about that footage: part of a plane seemed to disappear before impact.

Researcher Mike Hall analyzed the video “proof” and discussed the results on a podcast called Skeptics with a K (as distinguished, for example, by “sceptics” who populate countries who use the Queen’s English). As Slate writer Scott Huler explained, Hall found that the hijacked plane “disappeared exactly the way you disappear when you step behind a tree: The building came between the camera and the airplane. The building is a good six blocks south of the tower—in front of it, not behind it. The single supposed fact on which the video based its 2 million–hit paranoid parade was provably wrong, in minutes.”

Interestingly, it did not occur to the conspiracy theorist that the video he was analyzing might have been faked or inaccurate in some way; in classic conspiracy thinking, one video that seems to show something different than dozens of others (not to mention thousands of eyewitness accounts) is hailed as the one true and accurate evidence.

So what explains the wild popularity of the video? Part of the answer lies in the unquenchable thirst for conspiracy theories, and the fact that they are impervious to debunking. 9/11 conspiracies, in part because they trade on politics and what was arguably America’s greatest tragedy, are not going away any time soon.

While certain specific claims central to conspiracy theories can be, and have been, disproven (ranging from Barack Obama’s “faked” birth certificate to Osama bin Laden’s “faked” death to the appearance of supposedly dead Sandy Hook school shooting victims), conspiracy theories themselves, for the most part, are immune to debunking. True believers will dismiss any information that proves them wrong as simply a part of the cover-up. It’s a closed information system, a self-reinforcing echo chamber that insulates beliefs from skeptical analysis.