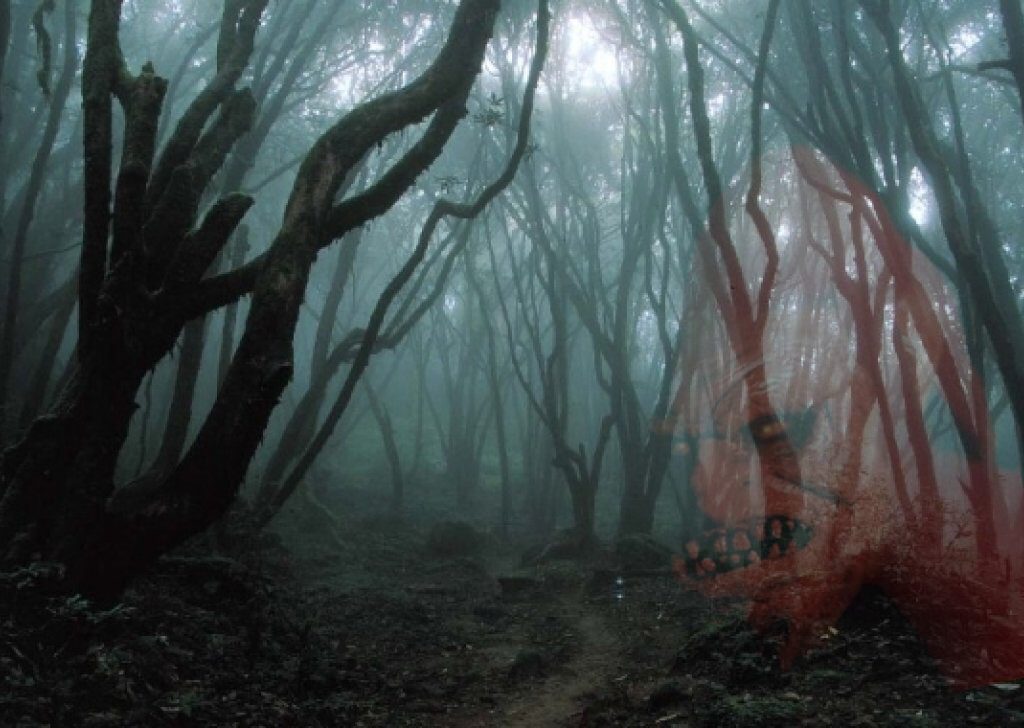 In 1858, a 138-foot long, 385-ton wooden brig called the Black Hawk, built by Stevens and Presley of Ohio City, sailed from Detroit, Michigan to Liverpool, England, laden with very strange cargo. Down in the hold, stowed away among the 19,000 bushels of corn and padded parcels of stained glass, there was a barrel containing the pickled corpse of something truly terrifying.

Detroit, Michigan. In June 1763, British Captain James Dalyell and 58 of his officers were followed near the banks of Detroit River by a small, misshapen crimson-clad figure with penetrating eyes, a large fanged mouth, and a hideous scarlet face.

Several soldiers shot at the weird looking figure. An old trapper warned Captain Dalyell and his men that they were being stalked by what the French settlers called the “Nain Rouge”- the Red Gnome – a sinister supernatural entity whose appearance foretold misfortune and death.

Sure enough, shortly after seeing the crimson dwarf, Captain Dalyell and his soldiers were ambushed and massacred by the Indian Chief, Pontiac, and the blood of the slain turned the tributary of the Detroit River red for days.

Decades earlier, the founder of Detroit, Antoine de la Mothe Cadillac, was also unlucky enough to see the Red Gnome, and soon lost his vast fortune and political standing. The diminutive omen of impending misfortune and death was seen again in 1801, shortly before the wooden city of Detroit was destroyed by a fire. Then, in the War of 1812, the Nain Rouge was seen prowling about in a fog by many witnesses, including General William Hull, who was forced to hand over Detroit to the British troops days later.

Around the end of 1857, there was a rumor that two hunters had killed the Red Gnome in a forest. They had shot him several times and fixed him to a tree with their bayonets to prevent his escape, and the body had been exhibited and packed in salt.

The superstitious people of the colony arranged for the monstrosity to be burnt, for there was a widespread fear it would return to life, and a bonfire was built in a clearing, but someone approached the men who had killed the strange creature, and purchased it for an undisclosed sum.

A collector of oddities in Liverpool, England, arranged for the Red Gnome’s cadaver to be shipped to the home of warehouse keeper Michael Connolly, at 25 Clarence Street, Everton. The Black Hawk brig brought the curious cargo to Liverpool Docks, and the small cask was delivered – to the wrong Clarence Street. There were three streets of that name in the city at the time, and instead of going to Everton, it was delivered to the home of Abraham Harris, a jeweler living at 25 Clarence Street in the city center. A servant signed for the cask, and Mr. Harris was horrified when he saw the grotesque little man, pickled in brine in the barrel. The cask was stored in the cellar, and in the evening when the jeweler went down to show a colleague the terrifying corpse – they found the barrel empty and its lid lying on the floor.

The evil-looking creature was never seen again. Had someone stolen the Red Gnome – or was the real explanation much more sinister?