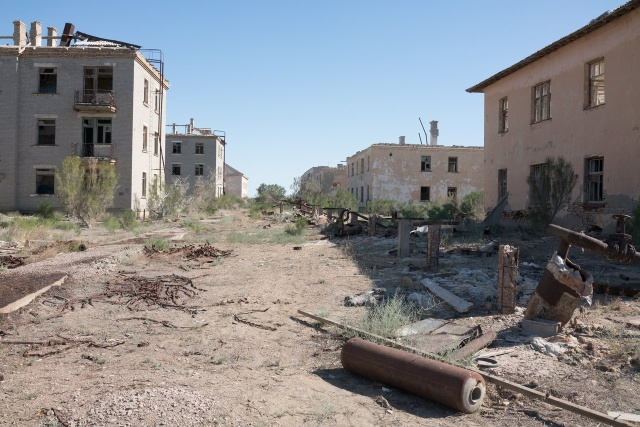 On an island in a now dried Aral sea, there was a town Aralsk-7. Before 1940s it had a factory that was making foods out of fish, but later it was closed down and rebuilt into a Soviet bio warfare factory. During 1960-1980s the population of a town surrounding the factory (and also a bio warfare drill site) was around 1500. Now stays abandoned, here are some photos by Kirgiz photographer Nematov 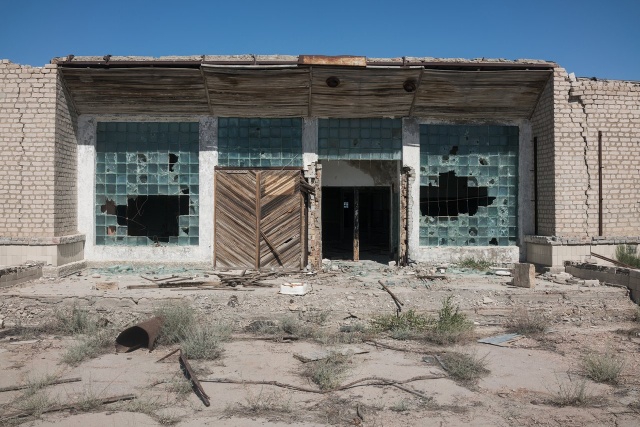 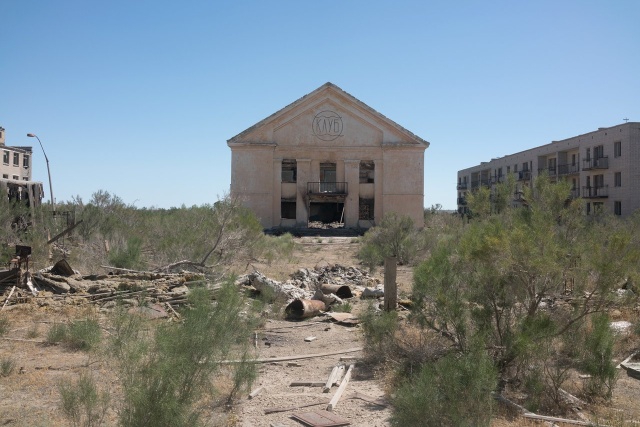 Vozrozhdeniya Island was an island in the Aral Sea. The former island’s territory is split between Uzbekistan and Kazakhstan. In 1954, the Soviet Union constructed a biological weapons test site called Aralsk-7 there and on the neighboring Komsomolskiy Island. 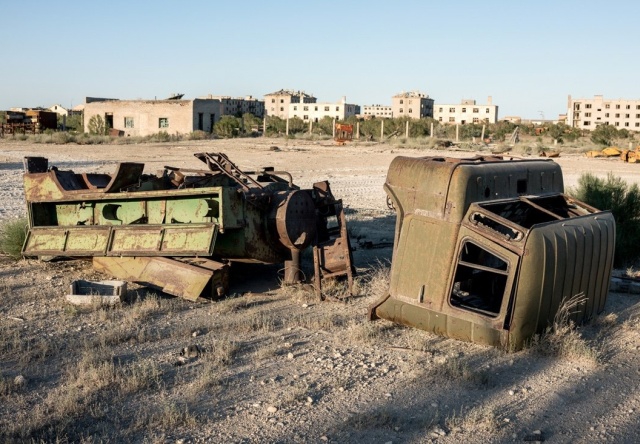 See more at strange and abandoned.com