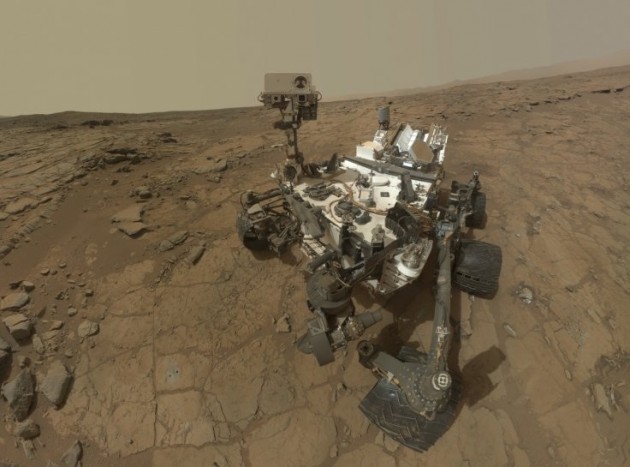 Mankind’s first alien encounter will be with a robot instead of the fabled ‘little green man’.

And in a terrifying “Terminator” vision of the future, scientists say the rise of machines will lead to the end of the human race.

Speaking at the Cheltenham Science Festival, Professor Lord Martin Rees, the astronomer royal at Greenwich’s Royal Observatory, said that humans will be almost redundant in space exploration with robots doing the bulk of the work, and vice versa if something out there is looking for us.

“I think it is quite likely that within a few centuries the overriding intelligence will be machines because they will have an easier time spreading beyond the Earth because they are not organic and most exploration will be by machines and not humans,” he said.

“If you were to detect a Seti [Search for Extra Terrestrial Intelligence] signal it would be far more likely that it would be from a machine and not an organic creature.”

The 72-year-old added that artificial intelligence is likely to become the leading being on earth, and believes that it won’t be long before humans are able to reside on another planet.

“There has been just a thin sliver of time when organic beings have existed and billions of years after machines will take over, so they will be the future.

“By the end of the century there will be some people living away from the Earth. We will wish them good luck in adapting their progeny who will need genetic adaptations.

“That will be the start of the post-human era because they will evolve to be a new species.

“I would predict that in the next 50 years or so all of the bodies in the solar system will have been mapped and probed by machine and some people will follow.”