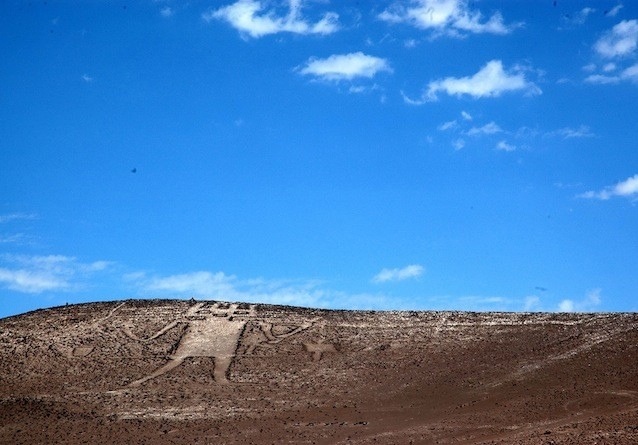 At a height of 119 meters (390 feet), the Atacama Giant is the largest prehistoric anthropomorphic figure in the world. Located in the Atacama Desert, Chile, it is believed to represent a deity for the local inhabitants who created it between A.D. 1000 and 1400.

But the figure has also been the subject of new theories about its meaning that involve conjectures about alien visitations.

Legends reveal that the local inhabitants created the image as a symbol of peace, with the giant visitors from another world!