A mysterious rock bearing a cryptic design was discovered in Roswell, New Mexico in 2004. Now coined “The Roswell Rock,” this piece of stone is unusually smooth and possesses unique magnetic properties.

Even more intriguing is that the motif on the rock–a sequence of triangles and crescents–is an exact match to a crop circle found in England nearly two decades ago.

In 2004, Robert Ridge, now 56 years old, was deer hunting one afternoon when he made a mysterious discovery. Partially buried beneath the desert sand and dirt near Roswell, New Mexico was a rock containing mysterious symbols…

Since Robert made the discovery that day, there have been many theories put forth by people surrounding the mysterious rock. Mostly because he randomly stumbled upon it while he was hunting near the famous UFO crash site of 1947.

A true mystery. This was found on the other side of the debris field from the crash at Rosewell. It has been tested and put under a cat scan. It is real.

So, is the Roswell Rock merely a man-made fabrication or something much more. How could the precise design have been created without leaving evidence of altering the stone? Why does this small rock react to magnets? And most baffling of all–why does the design match a crop circle that appeared more than 4,000 miles away from the Nevada desert? 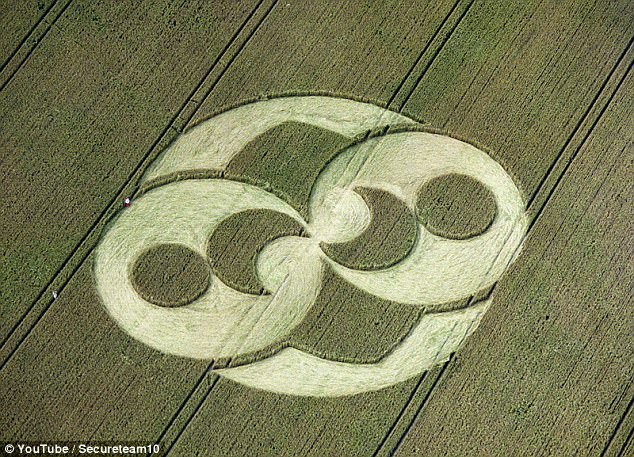 Roswell – a craft not from earth!