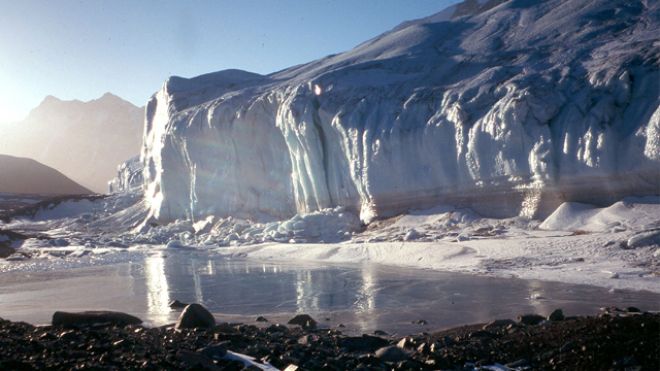 When a Russian team broke through 12,365 feet of solid Antarctic ice last week to reach an ancient buried  freshwater lake, scientists eager to fill some gaps in Earth’s history were  overjoyed. But they weren’t the only ones.

Seeing parallels between Antarctica’s subterranean Lake Vostok and suspected  oceans beneath the ice-crusted moons of Jupiter and Saturn, scientists searching  for life beyond Earth are eagerly following the Russian project.

They don’t expect water samples from Lake Vostok will hold alien life, though  any life it contains may have taken a slightly different evolutionary path than  what appears on the planet today. That’s because Lake Vostok, the deepest and  most isolated of Antarctica’s subglacial lakes, has been cut off from the  atmosphere for at least 14 million years.
Read more: FOX NEWS