The alien satellite, named the black knight, has been kept secret for almost 80 years since it was first discovered.

A number of sightings of the unexplained satellite have been reported by government agencies over the decades, and reports confirm “unknown origin” from the US, Russian and European space agencies.

NASA has images available on its website, which are clearly proof of its artificial origins

Monitoring stations around the world report strange, irregular signal transmissions from the object, these reports have been confirmed by the Muchea Australian satellite company responsible for monitoring space junk this year.

Also, claims that the broadcast signals are being monitored not only by the USA and Soviet Union, but also by other countries such as The UK, China and Sweden remain unproven.

It’s discovery is perhaps one of the biggest modern mysteries ever, and its being kept a secret.

This “Artificial Satellite” has caused mayor media interest since the late 50?s, and it has become one of the most talked about objects in space. First thought to be an Russian spy satellite, the Black Knight has gripped the interest of the US secret agencies.

According to them it has been getting reports of the object transmitting radio signals for over 50 years now! find press release here

Since the 1930?s Astronomers worldwide have also been reporting these strange radio signals which allegedly come from the object.

In 1957, Dr. Luis Corralos of the Communications Ministry in Venezuela photographed it while taking pictures of Sputnik II as it passed over Caracas. The strange thing was that unlike the Sputnik one and two, The Black Knight Satellite orbited Earth from East to West. Sputnik one and two orbited West to East using Earth’s natural rotation to maintain orbit.

According to research the first Polar orbiting satellite was launched in 1960. Polar orbits are often used for earth-mapping, earth observation, capturing the earth as time passes from one point and reconnaissance satellites. This would put the object in the category of a observational Satellite, the only question here is, who placed The Black Knight in a polar orbit and for what purpose? 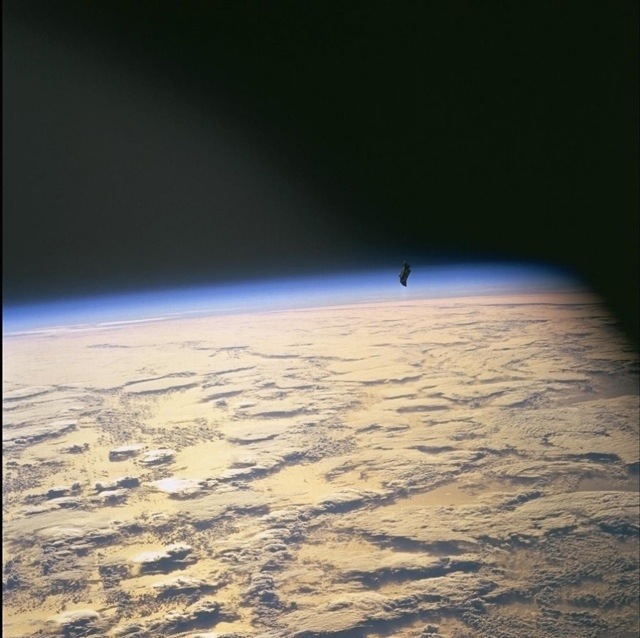 One sighting linked to the object was in 1963, when Gordon Cooper launched into space. On his final orbit, he reported seeing a glowing green object in front of his capsule in the distance moving towards his Spacecraft. The Muchea tracking station, in Australia, which Cooper reported the object to, picked up this Unidentified object on Radar travelling East to West.

NBC reported this but after Cooper returned to Earth, the Reporter were not allowed to ask Cooper about the unidentified object. The official explanation given to Coopers sighting were “high levels of carbon dioxide, which caused hallucinations“.

No one has answered some of the most simple and logical questions to ask, who placed that “satellite” in Polar orbit? To what purpose?

It is possible the object has been in orbit for over 10,000 years. Recent projections and computer simulations show it’s orbit to be on an 11,456 year cycle, moving around our solar system, and back into earths orbit every 50 or so years. 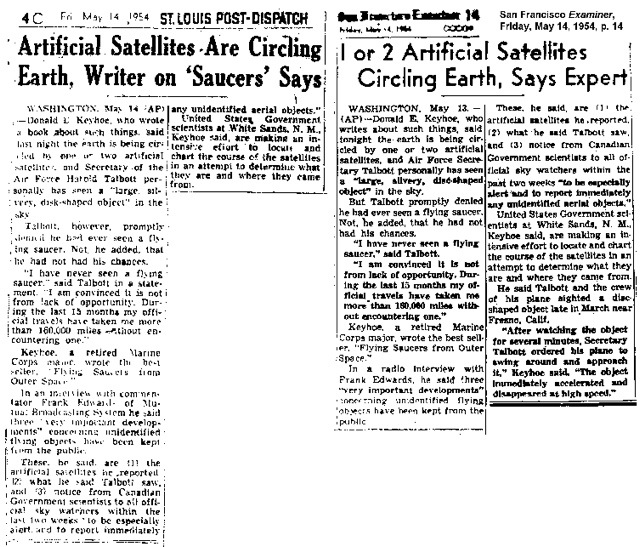 1957, an unknown “object” was seen “shadowing” the Sputnik 1 Spacecraft. According to reports, the “unidentified object” was in Polar orbit, at that time The United Stated nor the Russians possessed the technology to maintain a spacecraft in Polar Orbit. 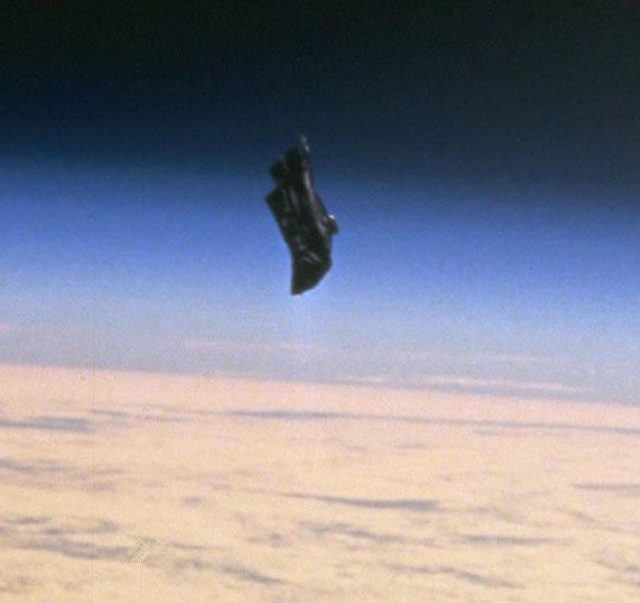