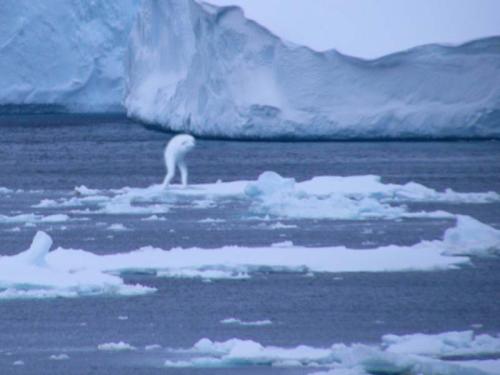 Behold the “Ningen“. Meaning literally “Human“, it’s allegedly a very large unknown animal sighted by Japanese fishers, which bares an uncanny resemblance to us. Not only a face, but other reports include sighting of the animal with arms and hands.

Extensive analysis of the photo shows it to be real, so what is it?  A strange animal ? A stranded Alien ?  A trick of thr light ?

what do you say ?