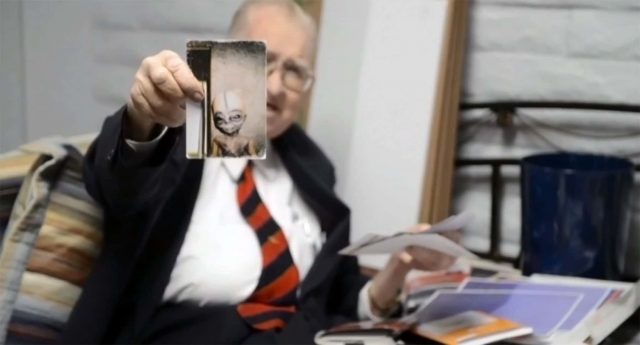 Boyd Bushman is a deceased aerospace engineer with a supposedly “top secret clearance” who claimed colleagues in the aerospace and defense industry furnished him with undeniable evidence of space aliens for over a decade.

Dr Boyd Bushman made the extraordinary claims in his last ever interview and showed pictures of what he alleged were extra terrestrials.

He said people at the secretive US air base are studying UFOs 24 hours a day and that he helped develop flying saucer technology for a major defence firm.

The scientist’s claims were made in a video recorded days before his death in August and posted recently to YouTube.

Mr Bushman said: “With respect to the alien craft, we have American citizens who are working on UFOs 24 hours a day.

“We are trying to learn what to do.”

He said there are two groups of aliens being studied at the Area 51 military base in the Nevada desert, America.

Mr Bushman claimed the extra terrestrials are five feet tall and that “one or two of them are around 230 years old”.

He added that “at least 18 operate with our facility”.

He said: “There are two groups of aliens.

“They divide them into two groups. It’s like a cattle ranch.

“One group are wranglers, and the others are rustlers – the stealers of cattle.

“The ones that are wranglers are much more friendly, and have a better relationship with us.”

Mr Bushman claimed while the aliens’ eyes and noses are different to humans they have five fingers and fives toes on each hand and foot.

He also incredibly alleged that the beings from outer space are telepathic mind readers.

Mr Bushman added: “They’re able to use their own voice by telepathy to talk to you.”