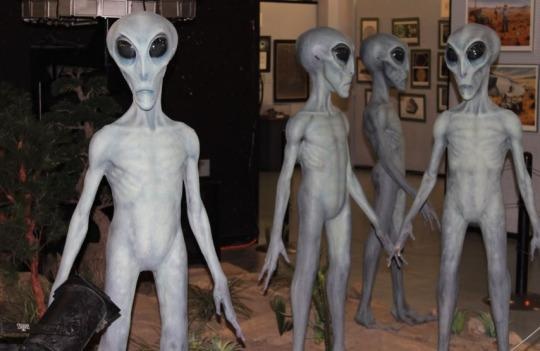 Aliens do exist, according to a top secret FBI memo found by researchers into UFOs.

Investigators at the Hakui Centre for UFO Research in Tokyo, Japan, claim they have discovered a document that proves there is extra-terrestrial life.

The Bureau is said to be concerned about the findings at the research centre, fearing the discovery could lead to members of the public gaining access to thousands of documents.

The FBI memo reportedly reads: “An investigator for the Air Force states that three so-called flying saucers had been recovered in New Mexico.

“They were described as being circular in shape with raised centres, approximately 50 feet in diameter.

“Each one was occupied by three bodies of human shape but only 3 feet tall, dressed in metallic cloth of a very fine texture.

“According to Mr (name blanked out), the saucers were found in New Mexico due to the fact that the Government has a very high-powered radar set-up in that area and it is believed the radar interferes with the controlling mechanism of the saucers.”

Whatever the details of this reportedly top secret memo, the truth is out there…