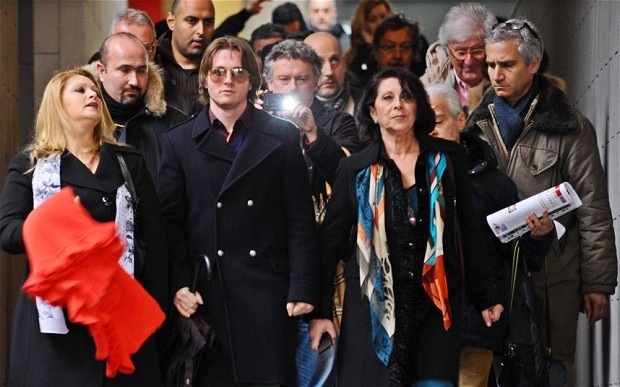 21.02 The jury has upheld the court’s original conviction and found Knox guilty of murdering the British exchange student Meredith Kercher. The court sentences Knox to 28.6 years and Sollecito to 25 years. Neither of the two are in court – Knox is back in Seattle and Sollecito is elsewhere in Florence.

20.59 Knox and Sollecito both found guilty

20.25 It’s now 11 hours since the jury, six lay people guided by two judges, began deliberations. In the meantime the press has been sitting in court looking at the inscription on the wall that reads La legge e eguale per tutti or The law is the same for everyone.

20.15 Spectators and journalists in the court have been forbidden from clapping or shouting when the verdict comes in and uniformed Italian carabinieri are in the court room to enforce it. Riot police are outside.

20.05 Naomi O’Leary of Reuters tweets this pictures of Meredith Kercher’s siblings, Lyle and Stephanie, arriving in court for the verdict.

Nov. 2, 2007: Body of Kercher, 21, is found in Perugia apartment. Investigators say she was killed the night before. 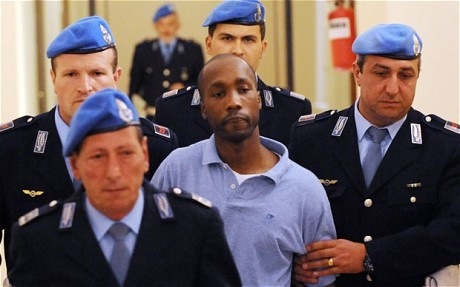 Nov. 20, 2007: Lumumba, implicated by Knox statements to police, is released from jail for lack of evidence.

Dec. 6, 2007: Ivory Coast national Rudy Hermann Guede is extradited from Germany, where he was arrested, and jailed upon arrival in Italy. 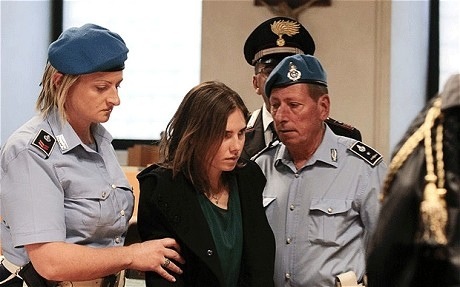 Dec. 4, 2009: Court finds Knox guilty of murder and sexual assault; sentences her to 26 years in prison. Sollecito is convicted of same charges and sentenced to 25 years. 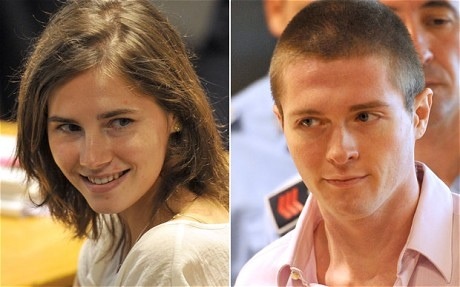 June 29, 2011: Independent forensic report ordered by the appeals court finds much of the DNA evidence used to convict Knox and Sollecito is unreliable.

Oct 3, 2011: Knox and Sollecito cleared of murder of Meredith Kercher. Knox told to pay 22,000 Euros in compensation to Diya “Patrick” Lumumba, a barman she falsely accused of the murder.

September 15, 2012: Sollecito reveals in new book how his memory was “poor” on the night in question, and questions whether Knox knew more about the murder than she revealed. 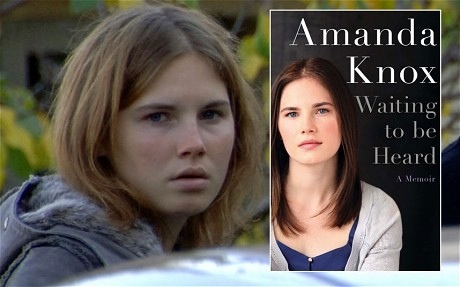 November 28, 2012: Knox releases title and cover of upcoming memoir: Waiting to Be Heard (above). It is due to come out in April. The book deal is reportedly worth $4 million.