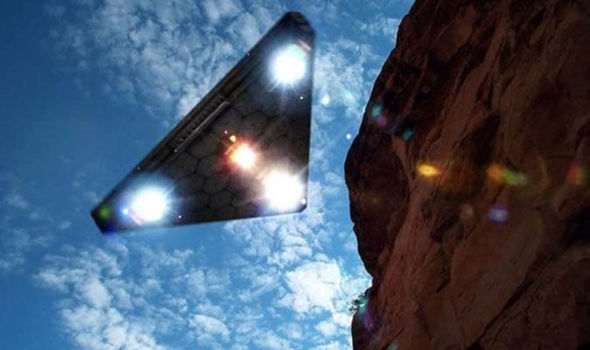 The Mutual UFO Network (MUFON) has been sent a video clip by a stunned unnamed witness who claims to have recorded the fabled craft flying over a major highway.

TR-3B is alleged by conspiracy theorists to be a secret “black project” spy craft of the US Government that can be flown into space.

The allegations are that these crafts are created at top-secret military bases like Area 51 in Nevada, by reverse engineering alien technology.

Others claim they are actual UFOs flown by aliens visiting Earth.

In the video, which lasts nearly two minutes, an apparent black triangle shape is seen slowly moving silently in the sky. It appears to have large pulsating red and green lights, like many previous alleged TR-3B sightings. 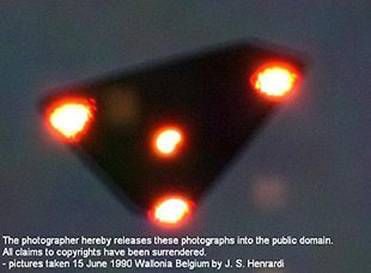 In a brief report to MUFON, which is the world’s largest UFO investigation organisation based in the US, the witness said: “Triangular UFO hovered over route 45 in Mantua, New Jersey, and turned on its side over the road, and then flew sideways towards Philadelphia.”

He described the craft as flying extremely slowly, at just around 10 miles per hour.

He described the craft as flying extremely slowly, at just around 10 miles per hour.

He said: “I have never encountered any aircraft like this in my life.

“It made no noise and it seemed to have multicoloured lights rotating inside one light.

Previous conspiracists have claimed the Black Mantra was developed by the US under a cloud of secrecy in the 1970s, but its existence has never been proved.