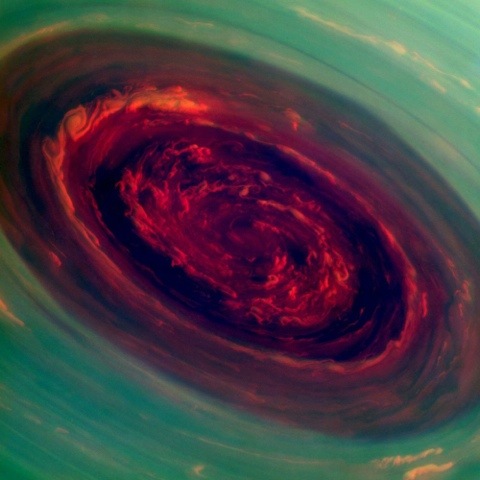 NASA
The vortex of Saturn’s north polar storm is seen in this false-color image taken from NASA’s Cassini spacecraft. The eye is an estimated 1,250 miles across with cloud speeds as fast as 330 miles per hour. 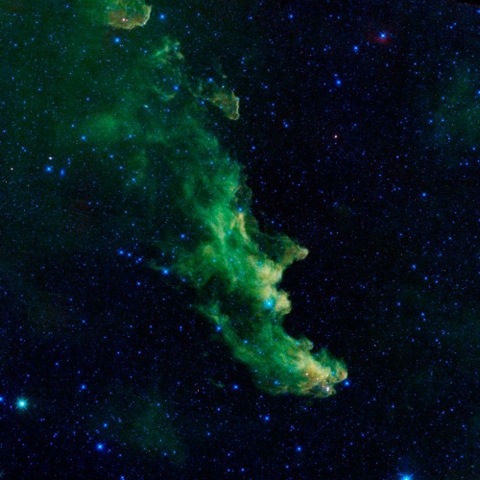 The Witch Head nebula, as seen by NASA’s Wide-field Infrared Survey Explorer (WISE). Astronomers believe the billowy clouds of the nebula, where baby stars are brewing, are being lit up by massive older stars. 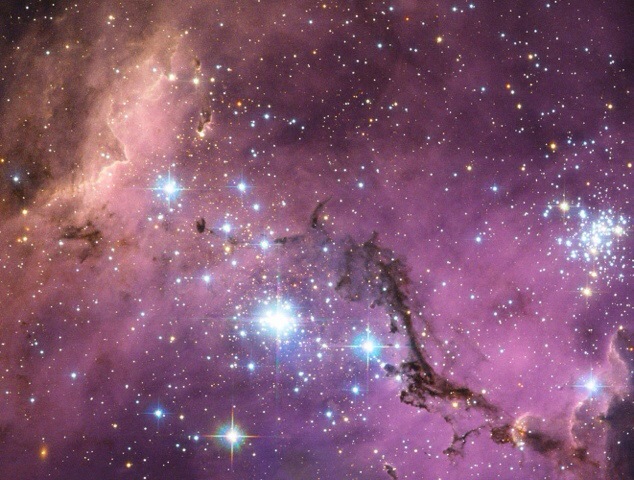 Nearly 200, 000 light-years from Earth, lies the Large Magellanic Cloud, a satellite galaxy of the Milky Way. As the Milky Way’s gravity gently tugs on its neighbor’s clumps of diffuse dust and gas, they collapse to form new stars. In turn, these light up the ambient gas in a kaleidoscope of colors. 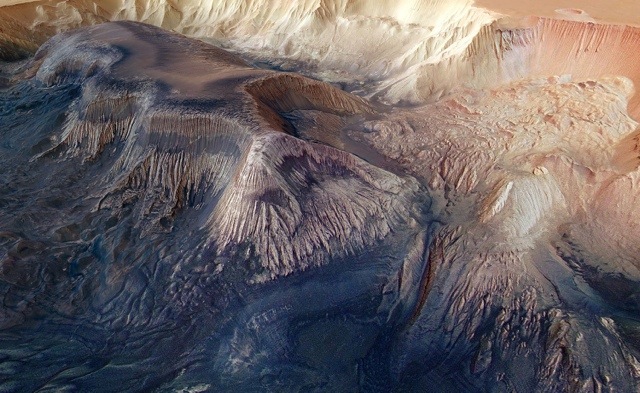 A flat-topped mesa is located in the center of Hebes Chasma on Mars and rises to a similar height as the surrounding plains. Exposed within the walls of the mesa are layers of sediments deposited by wind and water. Numerous grooves are etched into the mountain, suggesting the material is weak and easily eroded. 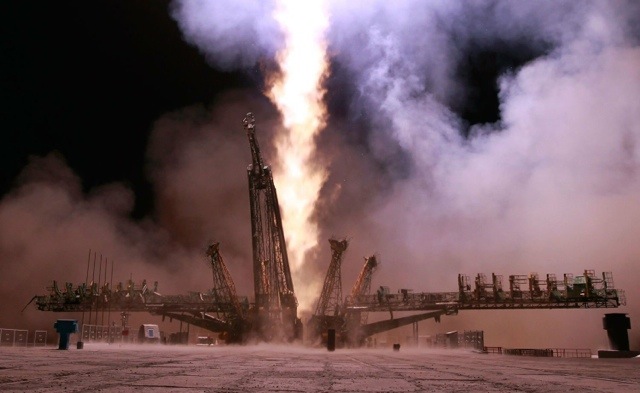 The Soyuz TMA-10M blasts off from the Baikonur cosmodrome in Kazakhstan, on Sept. 26, 2013, carrying Russian cosmonauts Sergey Ryazanskiy and Oleg Kotov and NASA astronaut Mike Hopkins to the International Space Station (ISS). 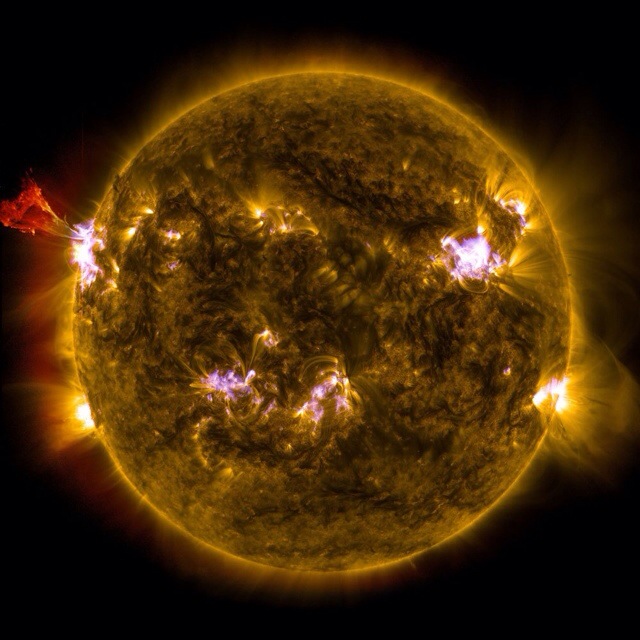 A burst of material leaps off the left side of the sun in what’s known as a prominence eruption. This image combines three images from NASA’s Solar Dynamics Observatory captured on May 3, 2013, at 1:45 pm EDT. 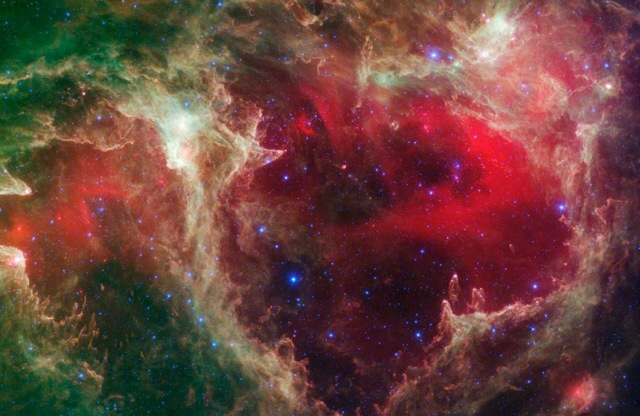 Generations of stars, seen in an infrared portrait from NASA’s Spitzer Space Telescope, in the star-forming region, W5. The oldest stars can be seen as blue dots. Younger stars line the rims of the cavities where the old ones are nestled, and some can be seen as pink dots at the tips of the elephant-trunk-like pillars. The white knotty areas are where the youngest stars are forming. Red shows heated dust, while green indicates dense clouds.