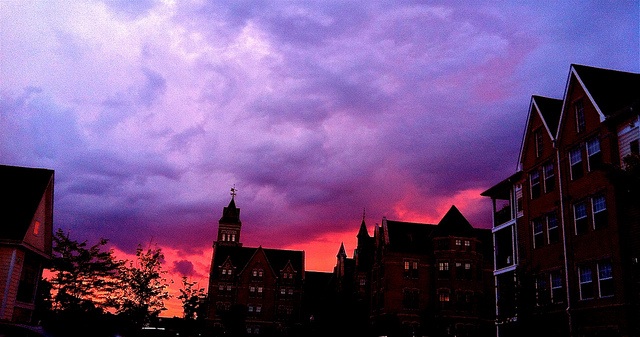 Looking for a ghoulish true story this Halloween?

The Massachusetts facility, the State Lunatic Hospital at Danvers is actually quite famous in horror. It’s said to have been an inspiration for H.P. Lovecraft’s Arkham Sanatorium (Danvers is also mentioned in Lovecraft’s stories “Pickman’s Model” and “The Shadow Over Innsmouth”) and it served as the setting for the film Session 9. The exterior even appears in the asylum level of the game Painkiller.

So what has earned Danvers State such distinctions? Actually, when the hospital was constructed in 1887, it was designed (by Nathaniel J Bradlee) according to the theories of mental health advocate Thomas Story Kirkbride, who believed in the compassion care and treatment of the mentally ill. That meant ornate interiors, private rooms, and long, rambling wings that would let the sunshine in. But while Danvers was meant to be an appealing place whose interiors promoted the health and wellbeing of its patients, its gothic design has captured the imagination of many a lover of horror. 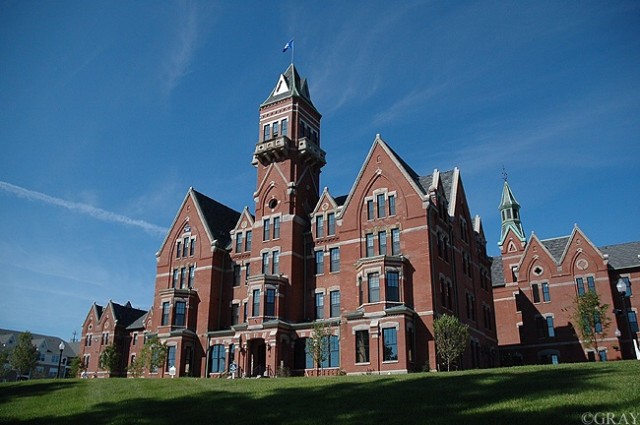 Unfortunately, as the decades wore on, Kirkbride’s influence touched nothing more than the main building’s floor plan. The structure was originally meant to contain 600 patients, but in 1939, it had a daily population of 2,360, and the staff, whose size had remained relatively stable, was at a loss for how to control the patients, who were sick and dirty from their lack of care. Sometimes the patients died out of the staff members’ sight, and weren’t discovered until days later, rotting away in some forgotten room. Eventually, all of the nightmarish trappings of asylums were introduced: solitary confinement, straightjackets, electroshock therapy (which gets a bad rap, but was likely overused as a means to control patients rather than as a mode of treatment), and the lobotomy.

After psychiatrist physician Walter Freeman performed the United States’ first transorbital lobotomy in 1936, many large psychiatric hospitals took to the procedure like an icepick to an eye socket, using it to treat everything from daydreaming and backaches to delusions and major depression. Danvers is often given the dubious title of the “birthplace of the prefrontal lobotomy” for its use and refinement of the procedure. While some patients certainly saw stunning benefits from this so-called miracle treatment, many others had adverse effects. Visitors to the hospital in the late 1940s described the patients as aimlessly wandering the halls, or vacantly staring at walls, perhaps a result of both their poor treatment by the staff and their various medical interventions. 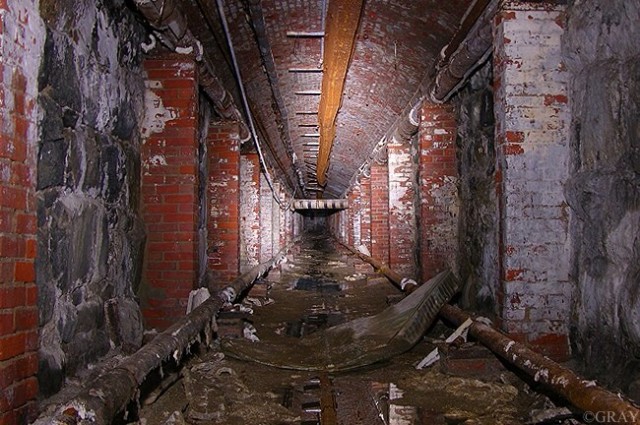 Portions of the hospital were shuttered starting in 1969, with most of it closed by 1985, and the entire campus shut down in 1992. For years, the building sat empty, but eventually the property was bought up by Avalon Bay Development, which demolished most of the buildings, including the interior of the historic Kirkbride building. The Kirkbride building’s facade was used as part of the new Avalon Danvers apartments. Some of the campus’ tunnels, the cemetery, and facades of a couple of the other buildings remain, but the “modern ruins” version of Danvers State now exists only in photographs and videos.