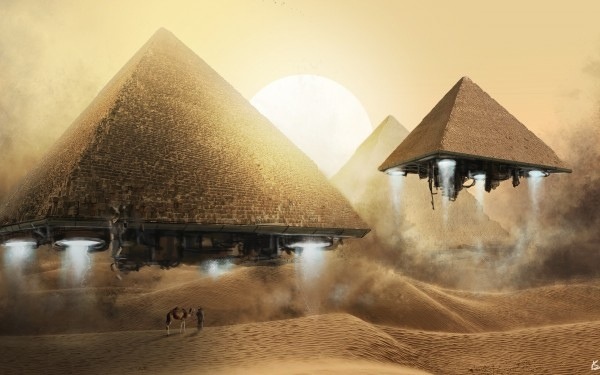 Is it possible these stories are more than just the myths of imaginative seafarers?

Might evidence of our Ancient Alien origins be found by exploring the world’s most remote islands–strategic spots where extraterrestrials may have once made their earthly homes… and possibly still visit today?

Unidentified submersible objects going at lightning speed… strange crafts coming out of water near remote volcanic islands… and mystifying megalithic ruins in the middle of the ocean.

Is it possible UFO activity could be hidden deep underwater and off the coasts of islands?

Could this explain why so many islands around the world have stories of unexplained sightings of objects both overhead and beneath the sea going back centuries?

The growing popularity of the History Channel series, Ancient Aliens has led to some interesting speculations about what, or who, may have once visited our ancestors, imparting knowledge and technological advancement that lead to leaps and bounds in human development. Originally, the concept of ancient aliens, or ancient astronauts, pointed to extraterrestrial intervention occurring thousands of years ago, and possibly even a little genetic intervention as well. The ancient astronaut theory posits that our ancestors experienced these huge leaps forward in advancement of scientific, astronomical, technological and medical knowledge that could simply NOT have happened on their own. We MUST have had some help from above, from entities far more intelligent and evolved than we.

Otherwise, how could we have built those amazing Egyptian pyramids and erected those massive stone statues on Easter Island, or the meticulously intricate blocks that make up Puma Punku in Bolivia… and what of the many glyphs, cave and rock paintings, carvings, drawings and statuettes from our distant past that appear to portray “helmeted” figures that do not look quite human, or those of strange craft whizzing by in the sky? Are all these “archeo-enigmas” proof that our ancestors mingled with the star people, and left us clues in their art, architecture, myths and religious texts?

While many argue that there is no proof we humans needed a little help from above to make those huge jumps forward in our evolution, there are many who insist that the archeological evidence is clear… we were once hanging out with aliens, maybe even breeding with them, or having their DNA spliced into our own, possibly against our knowledge or will. The theory also posits that these aliens were from advanced civilizations, coming to visit lowly human Earthlings and impart what they knew of the vast cosmos and all possibilities therein. Speculation includes locations both within and outside of our known universe, where the laws of physics might allow for travel between worlds.

But… what about travel between times? If we entertain the ancient astronaut theory, and there is compelling “circumstantial evidence” to give it serious thought, must we accept that the aliens that intervened were indeed aliens at all? Might they have been… dare I say… US? Humans of the future, coming back to teach, warn and guide the humans of the past? Lest you think that a ridiculously unfounded statement, let me bring up an interesting subject.

“Ancient Aliens” is based on the 1968 bestselling book “Chariots of the Gods” by Erich von Daniken, a book based on the theory of “ancient aliens” that rocked people’s beliefs in mankind’s progress. Ancient cave drawings of strange creatures, remains of landing strips in Peru, and Indian texts that describe the “flying machines of the gods” were just a few of the odd archaeological artefacts cited by von Daniken as proof that ancient astronauts were well known to our ancestors.

Produced with the exclusive cooperation of von Daniken himself, ‘Ancient Aliens’ launches all-new expeditions to seek out and evaluate this evidence, with a concentration on the latest discoveries of the last 30 years, including unusual DNA findings on man’s evolution and newly decoded artifacts from Egypt to Syria to South America. It is a balanced investigation into a theory some believe cannot be true, but many agree cannot be ignored.”