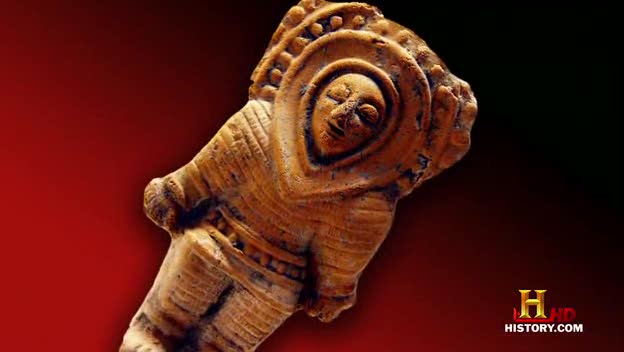 Are Ancient Aliens stories real? what proof do we have that Aliens visited earth in the past?

The idea surrounding ancient aliens is a basic one. It states that the human population was influenced by a group of extraterrestrials that visited Earth in the past. The aliens were directly involved in the evolution of primates, including humans. It has been suggested that this was accomplished by way of genetic engineering, cross-breeding, or a combination of both, ultimately helping in the development of human cultures, technologies and religion. The idea first gained widespread exposure with the 1968 publication of Chariots of the Gods by Erich von Däniken, but the concept has been around since the middle of the 19th century. A common variant of the idea includes proposals that deities from most, if not all, religions, including angels and demons, are actually extraterrestrials whose advanced technologies were taken by people as evidence of a divine status.

This concept is related to the religious practice of a cargo cult, which can be seen in modern day pre-industrial tribal societies. Especially during World War II, when indigenous people were contacted by soldiers with advanced equipment, such as guns and tanks. The cults subsequently attempted to obtain wealth through magic and religious rituals and practices. The ancient alien theory states that extraterrestrials purposely tricked the human population into believing they were Gods, creating religion to help people evolve more efficiently. The Fermi paradox is the apparent contradiction between high estimates of the probability of the existence of extraterrestrial civilizations and the lack of evidence for, or contact with, such civilizations.

It has been proposed that, with the current age of the universe and its vast number of stars, if the Earth was typical, extraterrestrial life should be common. In response to this paradox, the zoo hypothesis has been suggested. It states that aliens generally avoid making their presence known to humanity, or avoid exerting an influence on development, somewhat akin to zookeepers observing animals in a zoo, or experimental scientists observing a study of life. Adherents of the hypothesis feel that the Earth and humans are being secretly surveyed using equipment located on Earth, or elsewhere in the Solar System. Charles Fort’s unpublished 1915 manuscript, novel X, describes how Martian beings or Martian events control life on Earth. Fort ultimately burnt the manuscript, but one surviving quote from it is “The Earth is a farm. We are someone else’s property.” 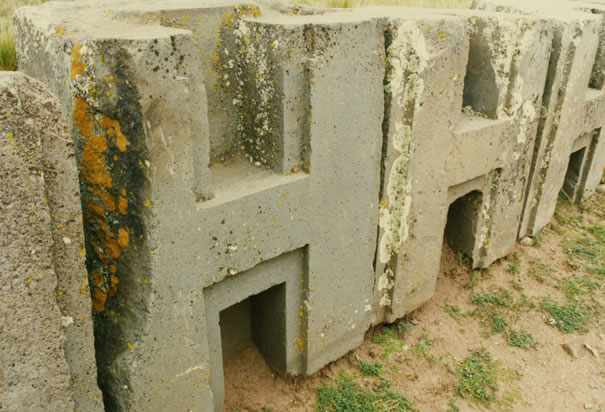 Puma Punku – Located in the Bolivian highlands, Puma Punku is a field of stone ruins scattered with enormous, finely carved blocks. Such precise workmanship on a massive scale would have been nearly impossible without modern tools and machines, yet the ruins are more than 1,000 years old. Ancient alien theorists have hypothesized that extraterrestrials with advanced engineering techniques created the site or advised the people who built it. The Stones of Pumu Punku are made up of granite and diorite, and the only stone harder is diamond. Not only were these stones really hard to cut, but they were also extremely heavy. One of these stones weighs 800 tons! 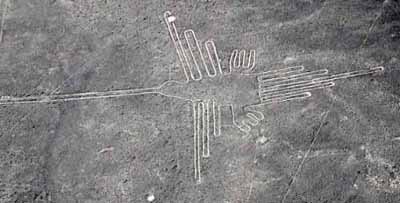 The Nazca Lines – Located in South America, etched into a high plateau in Peru’s Nazca Desert, a series of ancient designs stretching more than 50 miles has baffled archaeologists for decades. Along with simple lines and geometric shapes, they include drawings of animals, birds and humans, some measuring more than 600 feet across.

Because of their colossal size, the figures can only be appreciated from way up in the air —and there is no evidence that the Nazca people, who inhabited the area between 300 B.C. and 800 A.D., invented flying machines. According to ancient alien theorists, the figures were used to guide spaceships as they came in for a landing, and the lines served as runways