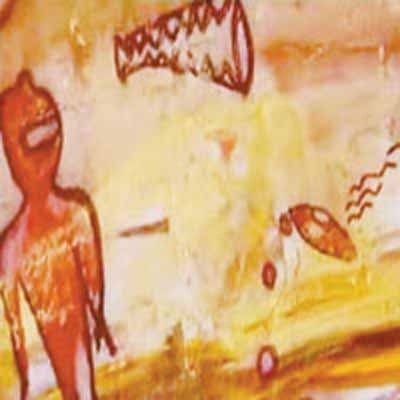 Perhaps the best evidence of ancient aliens can be found in the ancient cave paintings around the world. Hundreds of unexplained images have been discovered on every continent, and many of these clearly represent alien creatures, alien space crafts, and other unexplained objects or out of place technology.

This cave painting blow, is circa 10,000 BC and is from Val Camonica, Italy. 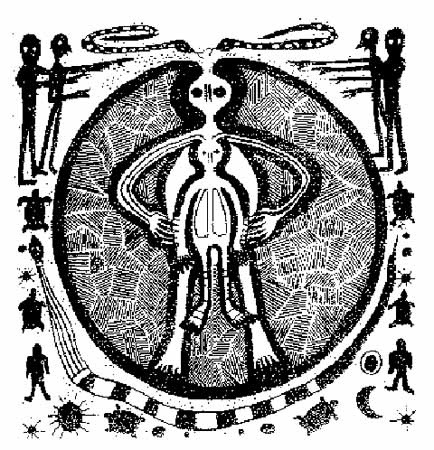 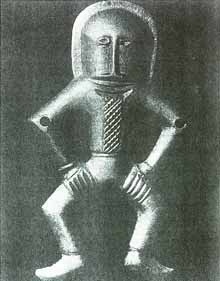 This is a tapestry called Summer’s Triumph It was created in Bruges in 1538 and presently resides at the Bayerisches National Museum. You can clearly see several disc shaped objects in the top of the tapestry. 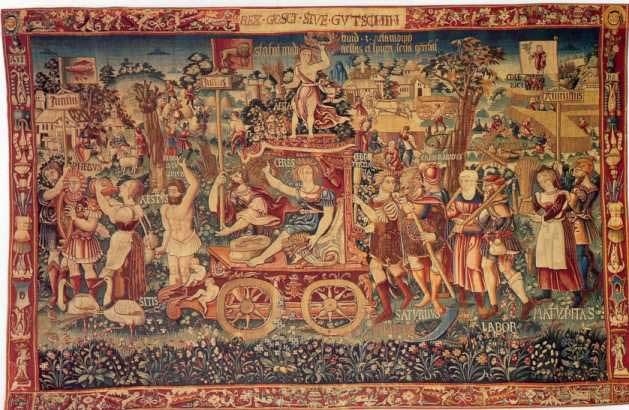 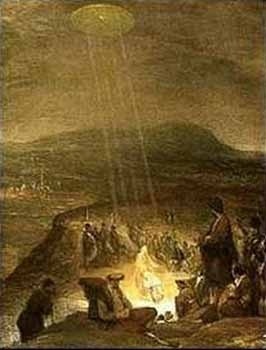 Frescos throughout Europe reveal the appearance of space ships. This 1350 painting seems to depict a small human looking man looking over his shoulder at another flying vehicle. His vehicle is decorated with two twinkling stars, one reminiscent of national insignia on modern aircraft. This painting hangs above the altar at the Visoki Decani Monestary in Kosovo, Yugoslavia. 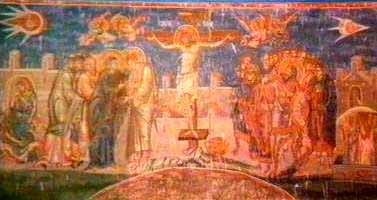 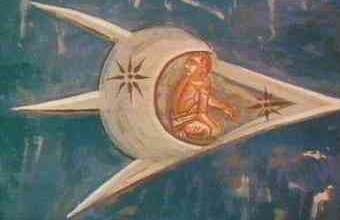 This painting is called “The Madonna with Saint Giovannino”. It was painted in the 15th century by Domenico Ghirlandaio (1449-1494) and hangs as part of the Loeser collection in the Palazzo Vecchio. Above Mary’s right shoulder is a disk shaped object. Below is a blow up of this section and a man and his dog can clearly be seen looking up at the object.

The painting below was done by Carlo Crivelli (1430-1495) and is called “The Annunciation with Saint Emidius” (1486) and hangs in the National Gallery, London. A disk shaped object is shining a pencil beam of light down into Mary’s crown chakra. A blow up of the object is next to the painting. 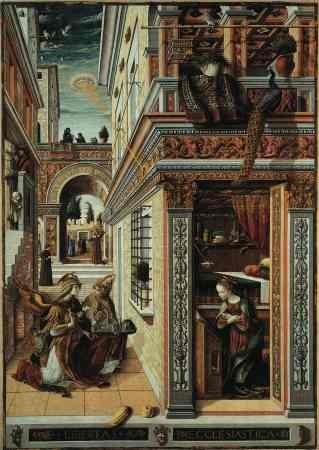