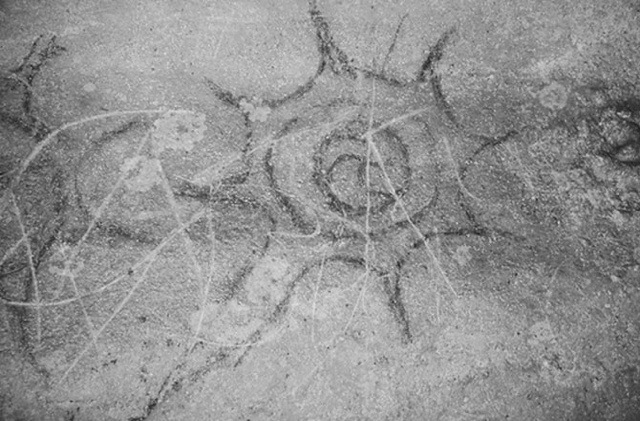 How did they know?

Some of the oldest art in the United States maps humanity’s place in the cosmos, as aligned with an ancient religion.

A team of scientists has uncovered a series of engravings and drawings strategically placed in open air and within caves by prehistoric groups of Native American settlers that depict their cosmological understanding of the world around them.

“The subject matter of this artwork, what they were drawing pictures of, we knew all along was mythological, cosmological,” Jan Simek, an archaeologist at the University of Tennessee said. “They draw pictures of bird men that are important characters in their origin stories and in their hero legends, and so we knew it was a religious thing and because of that, we knew that it potentially referred to this multitiered universe that was the foundation of their cosmology.”

Simek and his team studied art from 44 open-air locations and 50 cave sites. The earliest depiction of this kind of cosmological stratification dates to around 6,000 years ago, but most of the art is more recent, from around the 11th to 17th centuries.

The researchers noticed that certain kinds of drawings and engravings only appear in specific areas of the plateau. For instance, open-air spots in high elevations touched by the sun feature “upper world” artistic renderings that include depictions of weather forces, heavenly bodies and characters that can exert influence on humans.

“Lower world” drawings and engravings are found in dark areas like caves that are hidden from the sun. Usually, this layer of the world is associated with death, darkness and danger.

The “middle world” is representative of the reality that surrounded prehistoric humans on a daily basis. These drawings were found in both open-air environments and caves, but for the most part, they were found in the middle elevations of the plateau.

“This layered universe was a stage for a variety of actors that included heroes, monsters and creatures that could cross between the levels,” Simek said in a statement.

Although depictions of many of the actors were found in low, high and middle elevations, color relates the overall cosmological structure of the universe, Simek said. Characters drawn in red — the color of life — are found in higher elevation sites, while black was used to draw figures found in the lower world.

“The dominant things we see all together are human images, what we call anthropomorphs,” Simek told LiveScience. “They’re not all human; some of them are clearly mythological people or people who blend animal and human characteristics.”

These depictions of the universe can also help inform an understanding of the modern world. 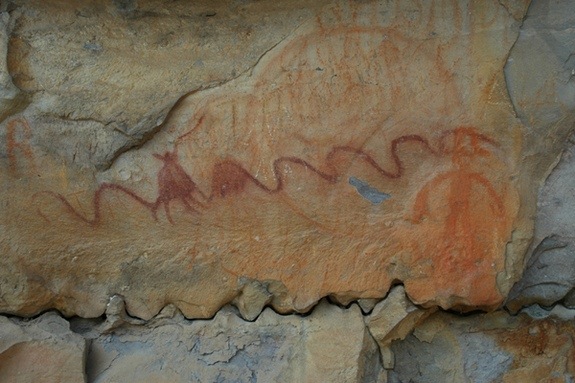