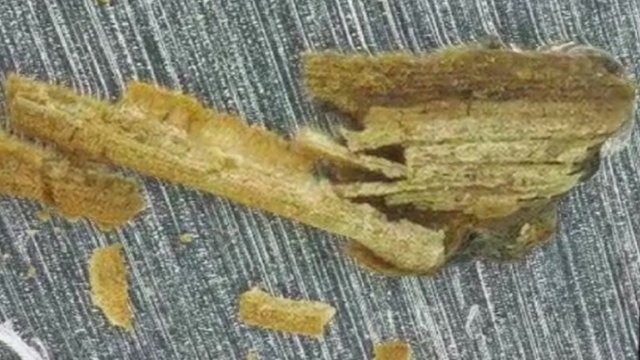 Ancient plant material has been preserved in the glass formed by asteroids hitting the Earth, scientists report.

The “frozen in aspic” appearance of what are apparently fragments of grass is spectacular enough.

But a team writing in Geology journal says that delicate organic chemicals have also been conserved inside.

Incredibly, the searing heat generated by the impacts was responsible for the remarkable preservation.

Life on Mars can be found !

The findings could even point to a new way of searching for past life on Mars.

The impact glasses examined in this study come from the Pampas of Argentina and have a range of dates under 10 million years old – in the Miocene and Holocene periods.

When objects from space slam into the ground they melt the target rocks. Hot material gets thrown out of the craters and, in these cases, it captures and traps shards of vegetation.

Scientists say the plant remains look very similar to the Pampas grass that still grows in the region today.

Prof Peter Schultz, from Brown University in Rhode Island, US, presented the work at last month’s Lunar and Planetary Science Conference (LPSC) in The Woodlands, Texas.

In their scientific paper, the Brown University geologist, R Scott Harris, Marcelo Zarate and others write that while space collisions can destroy life on local or global scales, “it can also preserve components of the local biology present at the time of impact”.

“It was very rapidly transferred from one thing to the other, likely due to the rapid and high heat that boiled off that plant material and replaced it with glass,” Prof Schultz explained. 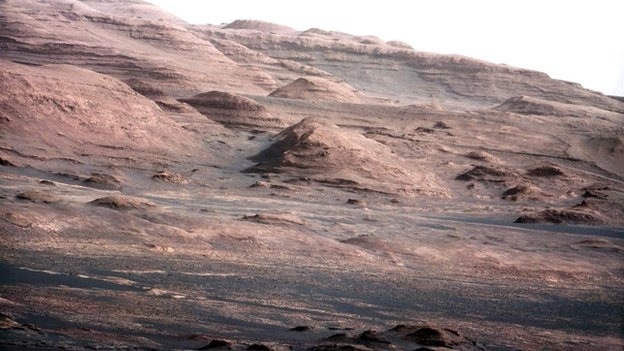 The Pampas region retains a record of loess for the last 12 million years. While this type of sediment exists in North America, examples date to the last Ice Age, some 18,000 years ago or later.

Prof Schultz said: “In North America, the slate was wiped clean. The glaciers eroded them, so we only see a fraction of the real evidence. But in South America it’s all preserved, so the impacts send out these glassy globs that get trapped… because stuff keeps coming in on top.”

The researchers carried out heating experiments in an effort to recreate this type of capture and preservation in the laboratory. They used samples of grass from the Argentinean pampas, mixed them with pulverised impact glass and flash heated them in a furnace at a range of temperatures for 10, 60 & 300 seconds.

The results revealed that temperature was the critical factor determining whether the grass was burned to a crisp, or preserved.

When temperatures in the furnace were kept below 1,500C, the grass invariably carbonised. It was when the temperature was raised above 1,500C that the broad-scale features of the leaves were conserved and samples began to resemble the natural ones from Argentina.

“It is counter-intuitive,” said Prof Schultz, adding that bubbling on the edges of the plant material as water turned into steam provided an insulating layer to protect the interior.