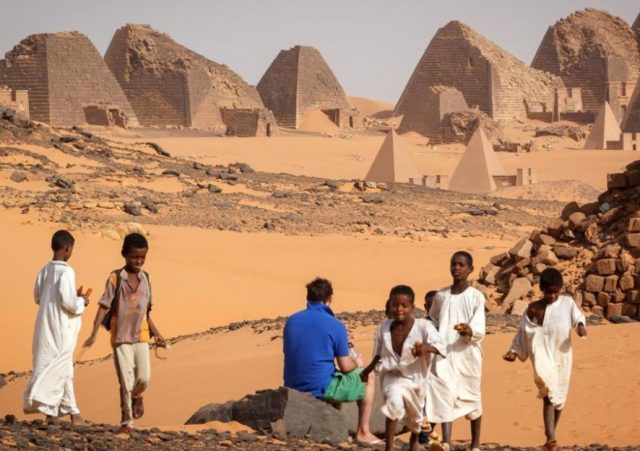 Though it’s slightly lopsided, the towering Great Pyramid of Giza is an ancient feat of engineering, and now an archaeologist has figured out how the Egyptians may have aligned the monument almost perfectly along the cardinal points, north-south-east-west — they may have used the fall equinox.

The fall equinox occurs halfway between the summer and winter solstices, when Earth’s tilt is such that the length of the day and night are almost the same.

The attached photos are arial views of the Great Pyramids of Xi’an in China, the Great Pyramids of Teotihuacan in Mexico and the Great Pyramids of Egypt. Separated by thousands of miles of land and ocean, these three ancient civilizations whom never had contact with each other managed to design, engineer and build these fascinating structures that (coincidentally) match the Star alignment in Orion’s Belt, known as the ‘Orion’s Mystery’…

Additionally, the larger of the three Pyramids of Teothuacan has exactly the same size base of 750 x 750 sq-ft and is also exactly half the height of the largest pyramid in Egypt… weird, huh?
…And to top it off, each of the three locations are positioned in a near-perfect line with each other across the globe.

The long unconfirmed theory of the pyramids being built in line with Orion’s Belt has been confirmed by the Ministry of Antiquities. The theory states that the three Giza pyramids have been built to align with the three bright stars of Orion’s belt: Alnitak, Alnilam, and Mintaka. The Orion correlation theory has been contested for years although the theory does explain why the third, and smallest, is slightly away from the other two.

Pyramids lined up with the stars. Ancient Egyptian astronomers aligned the pyramids due north by using two stars that circle the celestial polar point. Nearly 4,500 years ago, each star was about 10 degrees from the celestial pole which lay directly between them.