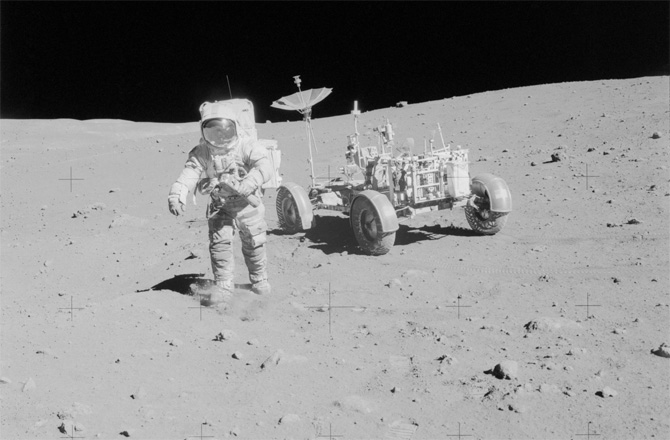 42 years after the first moon rover transported the Apollo 15 astronauts over the lunar terrain, here are a selection of NASA photos taken by Apollo 15 commander David Scott and Lunar Module pilot James Irwin during their wheeled 1971 lunar adventure while Alfred Worden, command module pilot, remained in orbit about the moon.

Shown here, after three highly successful EVAs, Scott walks away from the first ever Lunar Roving Vehicle (LRV), a location where it remains to this day.

(All photos are sourced from NASA’s excellent Human Spaceflight Gallery: 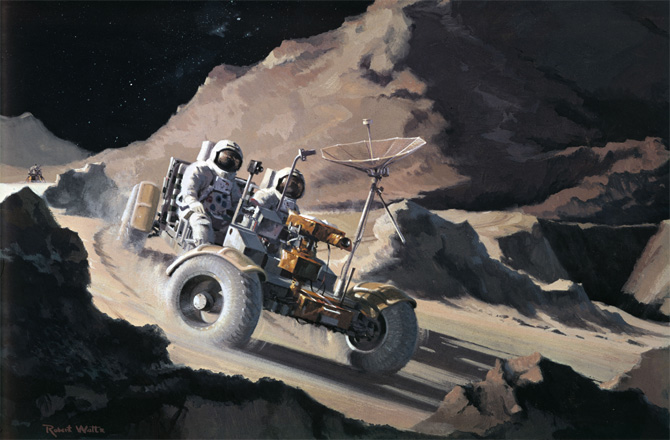 An artist’s concept of the Apollo 15 Hadley-Apennine landing area showing the two moon-exploring crewmen, Scott and Irwin, driving on the lunar rover. 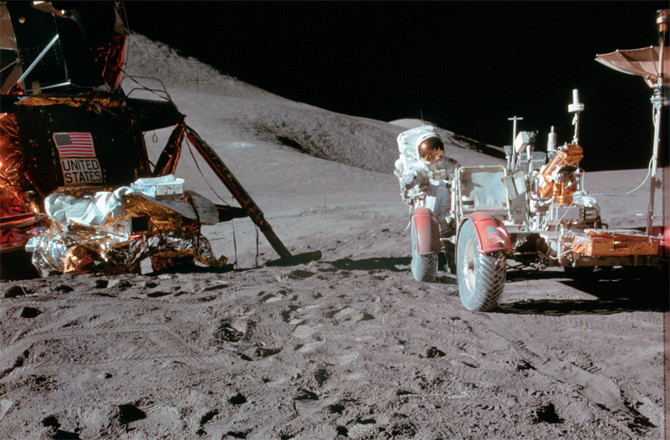 On July 31, 1971, the first lunar rover is unpacked during the first surface extravehicular activity (EVA) at the Hadley-Apennine landing site on the moon. The lunar module, “Falcon,” is shown here with the rover and lunar module pilot James Irwin.