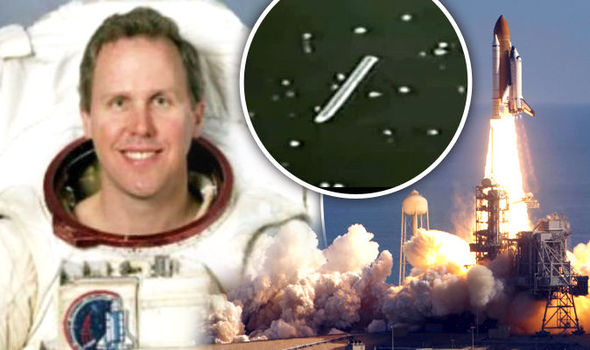 Tom Jones, a veteran of four space shuttle missions over 11 years, who pondered the mystery of alien crafts before joining the US space agency, says he can solve once and for all the mystery of the so-called “UFO Tether Incident” of 1996.

The story involved a satellite, which was tethered to the space shuttle, breaking off.

When it was later filmed by the astronauts on board, it appeared to be swarmed by hundreds of UFOs appearing like organisms swimming in a sea, according to onlookers.

But conspiracy theorists will be unsatisfied with Mr Jones ‘conclusive proof of’ what the stunning sight was.

In an Ask the Astronaut column for Smithsonian Air & Space Magazine he discusses the age-old question of whether he or other astronauts had seen real alien space craft while in orbit. 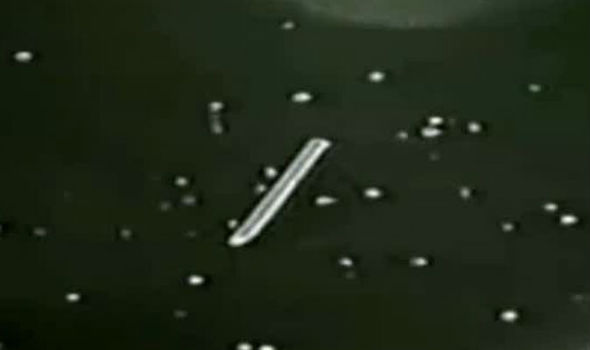 According to conspiracy theorists there are scores of NASA astronauts and personnel who have seen evidence of UFOs and aliens, some who have blown the whistle, and others who remain tightlipped for fear of what will happen. 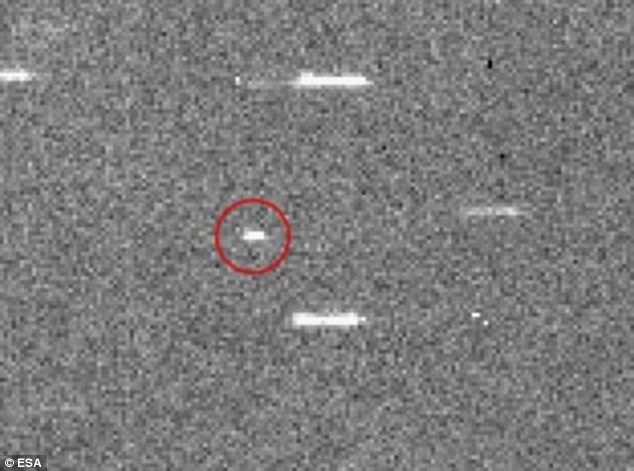 Those who have spoken openly include the late Edgar Mitchell, the sixth astronaut to walk on the moon, who went on to say he had evidence alien races were in contact with the US Government

I looked at the video and I said, ‘Oh, I know what this is — this is just ice crystals floating along beside the ship for the first couple of days of the flight.
Tom Jones