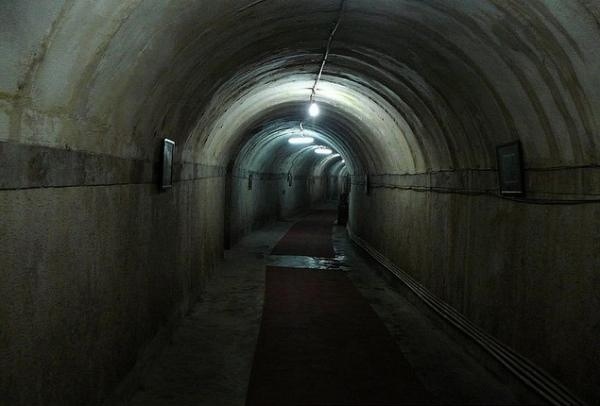 For more than 20 years, Beijing’s Underground City, a bomb shelter just beneath the ancient capital’s downtown area, has been virtually forgotten by local citizens, despite being well-known amongst foreigners since it officially opened in 2000.

This complex is a relic of the Sino-Soviet border conflict in 1969 over Zhenbao Island in northeast China’s Heilongjiang River, a time when chairman Mao Zedong ordered the construction of subterranean bomb shelters in case of nuclear attack. 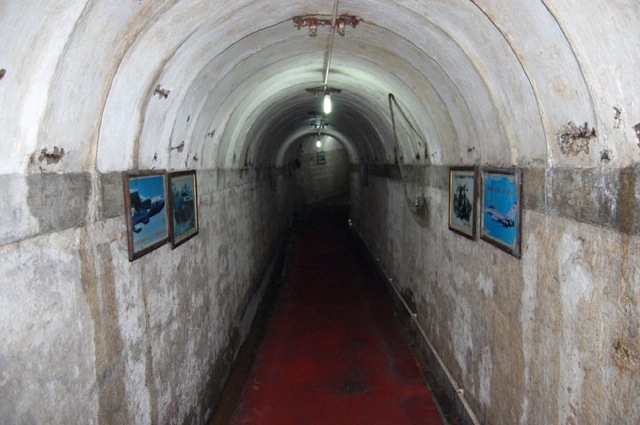 The tunnels, built from 1969 to 1979 by more than 300,000 local citizens and even school children, wind for over 30 kilometers and cover an area of 85 square kilometers eight to eighteen meters under the surface. It includes around a thousand anti-air raid structures.

To supply construction materials for the complex, centuries-old city walls and towers that once circled ancient Beijing were destroyed. The old city gates of Xizhimen, Fuchengmen, Chongwenmen and others remain in name only – only two embrasured watchtowers from Zhengyangmen and Deshengmen survived.

In the event of attack, the plan was to house forty percent of the capital’s population underground and for the remainder to move to neighboring hills, and it is said that every residence once had a secret trapdoor nearby leading to the tunnels. 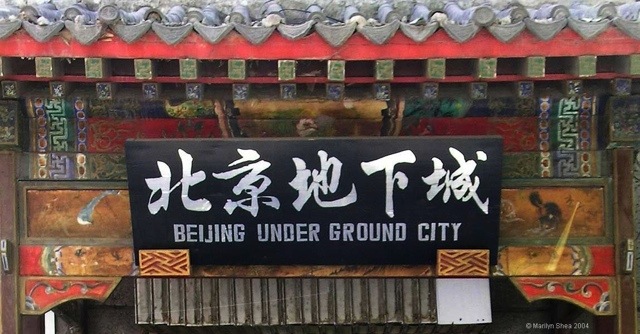 There is no authoritative information on how far the mostly hand-dug tunnels stretch, but they supposedly link all areas of central Beijing, from Xidan and Xuanwumen to Qianmen and Chongwen districts, to as far as the Western Hills.

They were equipped with facilities such as stores, restaurants, clinics, schools, theaters, reading rooms, factories, a roller skating rink, a grain and oil warehouse as well as barber shops and a mushroom cultivation farm, for growing foods that require little light.

Despite having so many entrances, foreign visitors usually see a small approved section accessed via a small shop front in Qianmen, south of Tiananmen.

The remaining parts of the underground city remain a tight kept secret!