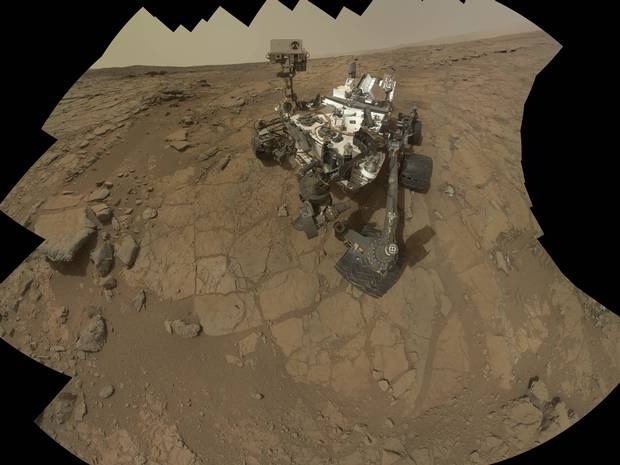 Scientists have discovered the strongest evidence to date that Mars was once a habitable planet capable of supporting primitive microbial life-forms at some time in the past.

An international team of researchers has found that about 3.6 billion years ago Mars had at least one large freshwater lake with the right sort of chemical make-up to support the kind of mineral-eating microbes seen on Earth.

Studies carried out by Nasa’s Curiosity Rover have for the first time revealed the existence of a type of sedimentary rock known as mudstone which is likely to have been created by a large body of standing water that had existed for at least many thousands of years.

Although the scientists emphasised that they have not yet found the smoking gun that proves the past existence of life on Mars, they are jubilant about finding what they believe is solid evidence that the planet was capable of supporting microbial life at some point in the past.

“I think it’s a step change in our understanding of Mars. It’s the strongest evidence yet that Mars could have been habitable for ancient microbial life,” said Professor Sanjeev Gupta of Imperial College London and a member of Nasa’s Mars Science Laboratory Curiosity mission.

“This is dramatic. We have effectively found what was once a standing body of water and although we don’t know how long it was there for, liquid must have been stable on the Martian surface for at least thousands or even millions of years,” Professor Gupta said.

Previous studies indicated that water had once flowed freely on Mars. Satellite images showed the kind of ground erosion that could have been caused by fast-moving water. This was further supported last year when the Curiosity rover found the smoothly-eroded pebbles of a dried-up river bed.

However, scientists believe that fast-flowing water is not conducive for the origin of life and so have been looking for lakes or ponds of permanent standing water that could have provided a more stable, habitable environment for the first Martian life-forms.

Mudstones usually form under calm conditions by the very gradual build up over long period of time of very fine grains of sediment which settle layer by layer on top of each other on the bed of a lake or sea.

The six-wheeled Curiosity rover found the mudstones at a place known as Yellowknife Bay near to its landing site within the Gale Crater, a 150 kilometre-wide impact basin with a mountain at its centre. Nasa sent Curiosity on a detour from its planned exploration of the mountain at the centre of the crater to explore a “thermal anomaly” at Yellowknife Bay.

Curiosity drilled into the rock and tested its composition with instruments designed to analyse the chemical makeup of solids when they are heated and vaporised. The studies, published in the journal Science, revealed the presence of the vital elements of life, namely carbon, hydrogen, oxygen, nitrogen and sulphur.