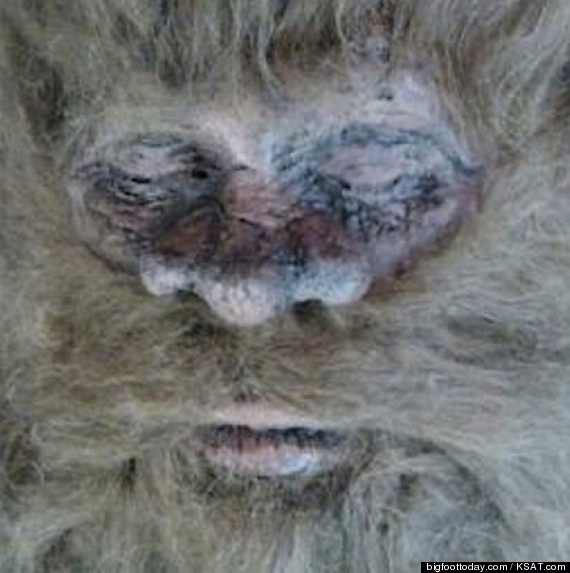 Hunter Rick Dyer says he shot and killed a Bigfoot, and is now preparing to take its body on a tour of America

Dyer has finally released an image of a beast he claimed to kill near San Antonio, Texas, in September 2012.

The only prior evidence Dyer has ever released until now about this incident was a short, grainy video that he claims shows a Bigfoot standing right outside of his tent near a wooded area on the outskirts of San Antonio. His website contains a haphazardly written account of the alleged Bigfoot encounter and subsequent killing of the animal. In fact, the date of the report is carelessly listed as “September 6, 20102.”

In an interview from February 2013, Dyer said, “Bigfoot is 100 percent real. There’s no question about that. I’m going to go down in history as the best Bigfoot tracker in the world,”

Dyer now says that he had scientific tests performed on the hairy body, “from DNA tests to 3D optical scans to body scans. It is the real deal. It’s Bigfoot and Bigfoot’s here, and I shot it and now I’m proving it to the world.”

But, where are those DNA and 3D optical test results?

The problem with all of this is a previous case where Dyer was apparently involved in what turned out to be a Bigfoot hoax in 2008. An alleged Bigfoot body — that Dyer and an associate claimed to have — was exposed as a rubber ape suit.