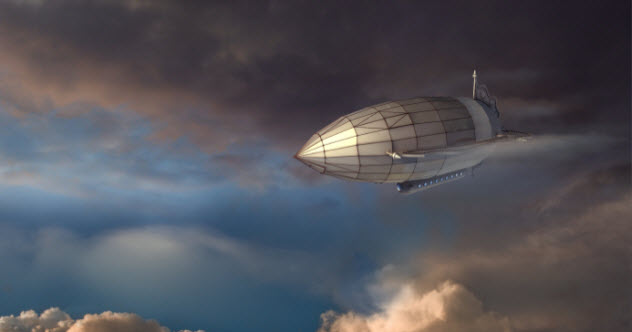 In 1909, the British Empire was buzzing about the possibility that the German navy might have become strong enough to launch an invasion of the British Isles. There were also many fears regarding Germany’s growing fleet of zeppelins. Many in Australia and New Zealand feared that the British navy would be recalled to defend the British Isles and leave the antipodes open to invasion. Furthermore, aerial warfare was a much-used trope in science fiction at that time. This atmosphere might help to explain the mass hysteria that followed.

According to the Otago Daily Times in July 1909, several Kaitangata residents had seen a zeppelin for 30 minutes over the Wangaloa Hills, which the Evening Star reported as an aircraft launched from the German vessel Seestern. For the next two months, there were thousands of reports across the country of sightings of German airships. In the town of Kelso, 23 schoolchildren and their adult minder claimed to have seen such a craft swooping over the township, which led to the police and a party of young men tramping through the nearby Blue Mountains to search for it.

At Kaka Point, several boys reported seeing an illuminated object that seemed about to alight on the beach, so they ran off. There was even a rumor that an airship had crashed near Waikata, killing two or three Germans aboard. The Geraldine Guardian reported that a crowd had gathered outside a post office to debate sightings of a mysterious orb in the sky, though that turned out to be a prank in which some young boys had placed a candle inside a hollowed-out turnip and placed it on a flagpole.

By late August, the hysteria had died down, with one final report of a dark cigar-shaped object near the Tapanui Hills. A Southland Times investigation determined that it had been caused by “repeated flights of thousands of starlings, which, prior to nesting season, were making their temporary homes in a clump of pine trees.”