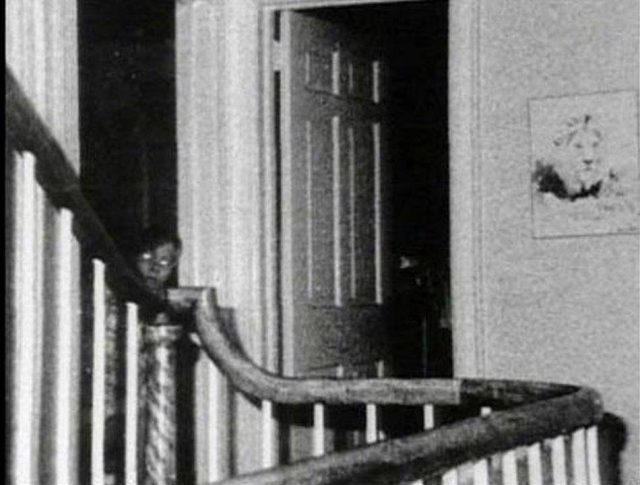 This is another striking photograph. Some say the young-looking figure peeking over the bannister is a demon with glowing eyes, others that it bears an uncanny resemblance to one of the young DeFeo boys that was murdered in the house by Ronald Junior.

After the story of the Lutz Family’s experiences of the Amityville house broke to the public an investigation was led by “infamous demonologists” Ed and Lorraine Warren in 1976.

Photographer Gene Campbell set up a camera on the second floor to automatically take pictures at certain intervals. Amongst many uninteresting exposures, this one stood out.

I haven’t really researched this thoroughly, but it is worth pointing out that, in general, there is a huge amount of skepticism surrounding the Amityville saga.

For instance, some have shown that the figure in this picture resembles one of the Warren’s investigators, Paul Bartz. They are certainly wearing similar shirts, but to me the match isn’t perfect, so who knows?