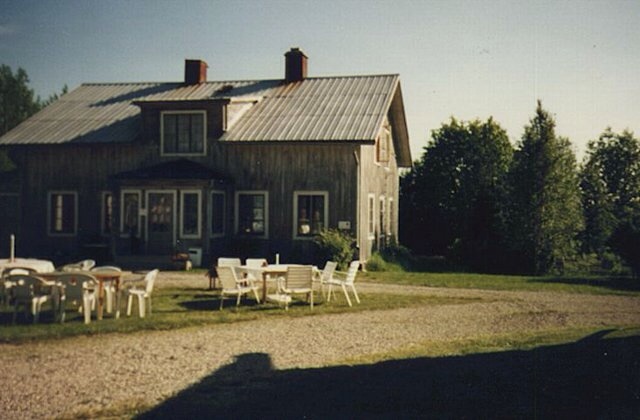 Borgvattnet is a small village in Jämtland County, Northern Sweden. It’s renowned for having one of the most haunted houses in Sweden, The Old Vicarage, which was built in 1876.

A lot of spooky things!

The first ghost ever documented at the vicarage came in 1927, when the chaplain Nils Hedlund resided. He reported many strange happenings including one particular encounter with something paranormal. He was on his way up to the attic to gather his laundry when he witnessed his laundry being torn down from the line by an unseen force.

Rudolf Tangden, a priest who lived at the vicarage during the 1930?s, saw an old woman dressed in grey appear in a room. He followed her as she walked away, but she vanished in front of his eyes. In the 1940?s Tangden’s successor, Otto Lindgren, and his wife said they had several paranormal experiences including unexplained sounds and moving objects.

On one occasion a woman who was staying in the guestroom was awoken in the middle of the night to see 3 old women sitting staring at her. She quickly turned on the light and they were still looking at her, however they now appeared blurry.

In 1945 the chaplain, Erick Lindgren moved into the vicarage, and he began a journal recounting many of his own experiences in the house. He reported being thrown out of his chair regularly by an unseen force, as well as other ghostly encounters.

The current building is serving as a restaurant/cafe, as well a guest house. If you dare to stay the entire night you’ll receive an overnight-stay-certificate to prove it!

Tales of supernatural events have continued with almost every new vicar or their family or guests claiming to experience ghostly sightings and activities.