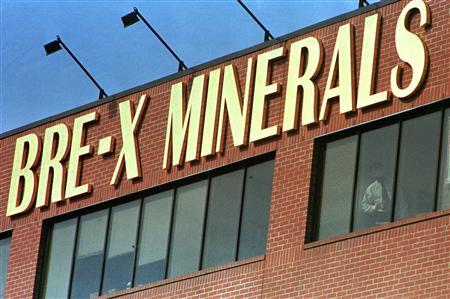 In 1993, a prospector named Michael de Guzman walked out of the jungles of Borneo with extraordinary news: he found gold.

For the next three years, de Guzman produced thousands of core samples riddled with gold.

During that period, the market value of de Guzman’s employer, Bre-X Minerals, went from nothing to $6 billion. BusinessWeek notes that Wall Street’s top analysts were extremely bullish on the stock. Big funds poured money into the stock and the world’s major miners wrestled for a piece of the action.

The problem: there was no gold.

This is the story of the BRE-X gold mystery 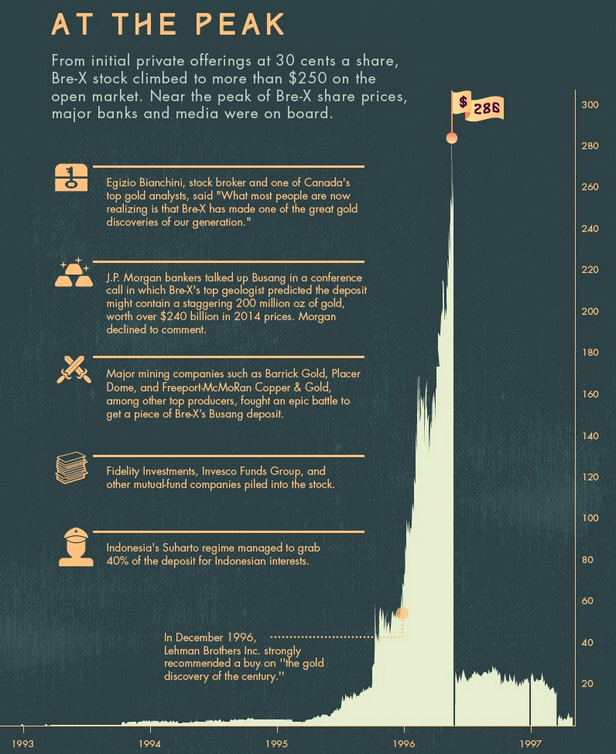 The fraud began to unravel rapidly on March 19, 1997, when Filipino Bre-X geologist Michael de Guzman reportedly committed suicide by jumping from a helicopter in Indonesia.

A body was found four days later in the jungle, missing the hands and feet, and with the penis “surgically removed”. In addition, the body was reportedly mostly eaten by animals and was only identified from molars and a thumbprint.

According to journalist John McBeth, a body had gone missing from the morgue of the town from which the helicopter flew. The remains of “de Guzman” were found only 400 metres from a logging road. No one saw the body except another Filipino geologist who claimed it was de Guzman. And one of the five women who considered themselves his wife was receiving monetary payments from somebody long after the supposed death of de Guzman.

A week later, on March 26, 1997, the American firm Freeport-McMoRan, a prospective partner in developing Busang, announced that its own due-diligence core samples, led by Australian geologist Colin Jones, showed “insignificant amounts of gold”.

A frenzied sell-off of shares ensued and Suharto postponed signing the mining deal. Bre-X demanded more reviews and commissioned a review of the test drilling. Results were not favorable to them, and on April 1, 1997, Bre-X refused to comment. Canadian gold analyst Egizio Bianchini, of BMO Nesbit Burns, considered the rumors “preposterous”.

A third-party independent company, Strathcona Minerals, was brought in to make its own analysis. They published their results on May 4, 1997: the Busang ore samples had been salted with gold dust.

The lab’s tests showed that gold in one hole had been shaved off gold jewelry though it has never been proved at what stage this gold had been added to those samples. This gold also occurs in quantities that do not support the actual original assays. Trading in Bre-X was soon suspended on the TSE and NASDAQ, and the company filed for bankruptcy protection.

Bre-X went bankrupt November 5, 1997 although some of its subsidiaries continued until 2003. 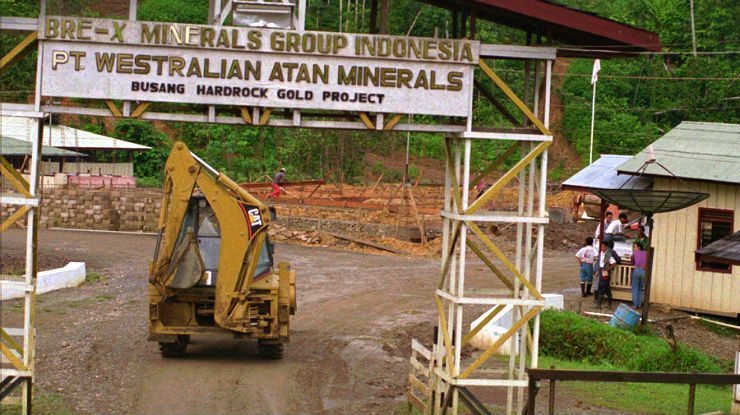