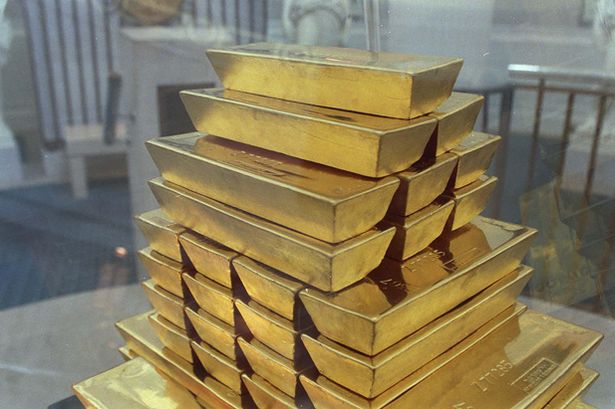 They had been planning a heist of £3 million—an admirable haul.

What they found instead was gold bullion—almost £26 million-worth, to be precise.

The result: the largest bank robbery in British history.

To date, most of the gold remains unrecovered – unless you listen to those who say that anyone who purchased UK-made gold jewelry after 1983 is wearing the laundered proceeds of Brink’s-Mat.

When veterans of London’s criminal underworld meet, they grimly refer to the Brink’s-Mat millions as Fool’s Gold.

More than 20 people whose lives were touched by the bullion have met an untimely – often gruesome – end since the record-breaking raid, an investigation has revealed.

Just after dawn on November 26, 1983, six armed men burst into the Brink’s-Mat warehouse at Heathrow expecting to find £3million in cash.

Instead they stumbled across nearly seven thousand gold ingots, worth nearly £28million.

The heist turned them into some of Britain’s richest men and filled the pockets of countless other crooks as the gold was melted down and the money laundered to fund shady activities such as drug smuggling.

Just three out of 15 men involved in planning and executing the robbery were ever convicted – robbers “Mad” Mickey McAvoy and Brian “The Colonel” Robinson and security guard insider Tony Black, Robinson’s brother in law.

The vast majority of the gold – worth over £500million at today’s prices – has never been recovered.

But nearly 30 years on, most of those involved have come to regret the day they ever came into contact with the Brink’s-Mat bullion.

More than 20 people connected to the heist are dead.

They include an ex-policeman who ended up with an axe in his head, an underworld figure gunned down on his yacht off Corfu, and an enforcer now believed to be part of the foundations of the O2 Arena in London.

A senior detective who worked on the investigation said he was never surprised by the brutal murders.

He said: “These villains were out of control, many of them off their heads on drugs bought with their new-found riches.

“The trouble was that when that money either ran out, or in the case of some of them, never materialised, there was only one way to respond – to kill people to show others that even 25 years after the robbery, if they dared to cross the gang they would still pay with their life.”

A new book, The Curse of Brink’s-Mat by Wensley Clarkson, traces the fate of the men whose lives became entwined with the case.

It tells how the idea of a curse was the last thing on the minds of the six robbers who, after tying up guards at the depot, found riches beyond their wildest dreams.

Robinson, McAvoy, Brian Perry and three other men managed to disable the security alarm and enter the warehouse thanks to “insider” Black, who worked at the depot.

Once inside, they doused the guards with petrol and threatened to set them alight unless they revealed the combinations to the vault, which they knew contained £3million.

But when they got inside, they could hardly believe their eyes. Stacked in front of them were 6,800 gold ingots, hundreds of thousands of pounds, travellers’ cheques and two boxes of diamonds.

The men spent the next two hours loading their battered blue Transit van before making their getaway.

The stolen vehicle creaked under the weight. By the time the alarm was raised 15 minutes later, the robbers and the loot had vanished.

It seemed like the perfect crime – but none of the gang had experience in gold, so they had to recruit other underworld figures who had. So much was melted down that it is thought that most people with gold jewellery made in the UK after 1993 are wearing Brink’s-Mat.

Soon millions of pounds were flooding the underworld and unleashing a tide of gangland violence and murders from London’s East End to the Costa del Sol.

The effect was not just felt by criminals. The double-strength ecstasy that killed Leah Betts, 18, in 1995 was almost certainly imported using money from the robbery.

Police were certain that the gang must have had inside help and were quick to suspect Black, the last guard to arrive on the morning of the raid.

He confessed that he had provided information and a duplicate key, and named three of the robbers, McAvoy, his brother-in-law Robinson, and a man called Tony White.

Robinson and McAvoy had spent six months planning the crime, but on finding themselves millionaires they aroused suspicions by moving from their council homes to mansions in Kent. McAvoy is reputed to have named two pet rottweilers Brinks and Mat.

In December 1984, Robinson and McAvoy were jailed for 25 years each while Black was sentenced to six years.

But there were still many villains at large and an extraordinary amount of gold – and in the coming years death and betrayal were linked to the infamous robbery.

The first death occurred in 1985, when Kenneth Noye, recruited for his links to the smelting trade, stabbed an undercover detective John Fordham in his garden.

At the resulting trial, the jury found Noye not guilty of murder on the grounds of self-defence.

Cops revealed Shirley Bassey’s hit Goldfinger had been primed to play on the stereo whenever anyone walked into Noye’s lounge.

He is currently serving life for the murder of 21-year-old motorist Stephen Cameron in a road rage attack in front of Cameron’s girlfriend Daniella Cable, 17, near the M25.

The curse has hit many in the criminal underworld including Great Train Robber Charlie Wilson, who was gunned down at his Marbella home after £3million of Brink’s-Mat money went missing in a drug deal.

In 1996, Keith Hedley, a suspected money launderer, was shot dead by three men on his yacht off Corfu. 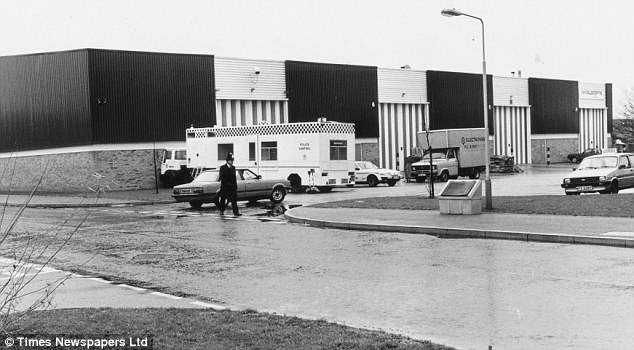 What about the others?

JOHN FORDHAM – Undercover policeman who was stabbed to death in 1985 by Kenneth Noye.

SOLLY NAHOME – Bullion smelter was gunned down in 1998 outside his North London home.

KEITH HEDLEY – Money launderer was shot dead by three men on his yacht off Corfu in 1996.

CHARLIE WILSON – Great Train Robber shot at home in Spain in 1990 along with dog.

GILBERT WYNTER – Enforcer who disappeared in 1998 is believed to be in foundations of the O2 Arena in South East London.

NICK WHITING – Suspected “grass” stabbed nine times and then shot twice with a 9mm pistol in 1990.

PAT TATE – Associate of Noye shot dead with two other men in Rettendon, Essex, in 1995.

STEPHEN CAMERON – Stabbed to death by Kenneth Noye in 1996 road rage incident on the M25.

LEAH BETTS – Died in 1995 aged 18 after taking ecstasy thought to have been imported using Brink’s-Mat money.

DONALD URQUHART – Money launderer who was shot by a hitman in West London in 1995.

GEORGE FRANCIS – Publican who handled gold, shot in Bermondsey in 2003.

SIDNEY WINK – Gun dealer believed to have supplied the guns for the Brink’s-Mat raid committed suicide by shooting himself in 1994.

ALAN DECABRAL – Witness due to give evidence against Noye ended up peppered with bullets in a car park in Ashford, Kent, in 2000.

JOEY WILKINS – Vice king who grassed on Noye died mysteriously in 2007 after an apparent robbery on the Costa del Sol.