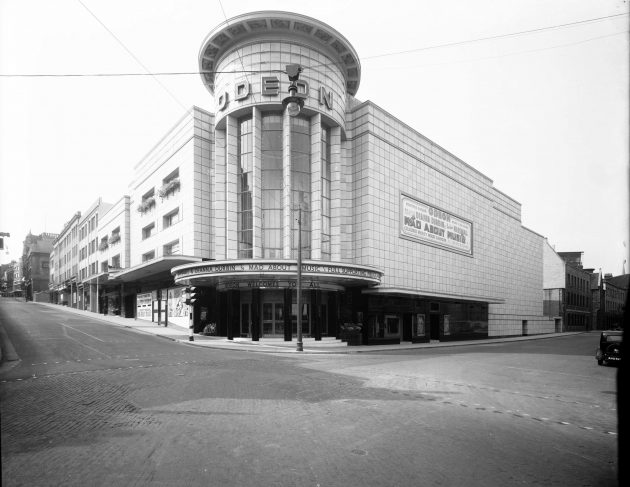 Bristol is a city beside the River Avon in the southwest of England with a somewhat bizarre maritime history. Its former city-centre port is now a cultural hub, the Harbourside. This area is said to be the most haunted place in England.

Have you ever watched a film in this cinema? Did you notice how cold it is in there? It might just have been a heating malfunction or, as they say in the business, a ‘cold spot’ – the presence of something supernatural.

Here’s the story: at 6.25pm on May 29, 1946, the Odeon was screening a Hollywood adaptation of Rudyard Kipling’s “The Light That Failed” to an audience of around 2,000 people (the cinema was a lot bigger back then).

During the film, five shots were fired on-screen, followed by a sixth heard in the Odeon manager’s office. The case was never officially closed, but the manager’s killer was believed to be a man named Billy ‘The Fish’ Fisher, who confessed the killing on his deathbed. The Cinema is now said to be haunted by the ghost of the murdered manager and a number of further unexplained nonfatal shootings have occurred during other screenings.

Otherwise known as Gallow’s Acre Lane, this street has a rather gruesome past belied by its pleasant facade. In the 1870s, the Downs was a no-man’s land – pitch black at night and frequented by highwaymen, the most notorious of which was a Welshman named Jenkins Protheroe. Famed for being a horrifically ugly dwarf with long arms, Protheroe used to feign injury, then rob, and sometimes murder, those who stopped to help.

He was finally caught and hanged for his crimes in 1873. His body was hung up in chains, covered in tar and left out to rot as a warning to others. Apparently, his ghost would climb down from the gallows and haunt the area until his body was finally buried.

Even today, you can often still smell rotting flesh and burning tar. 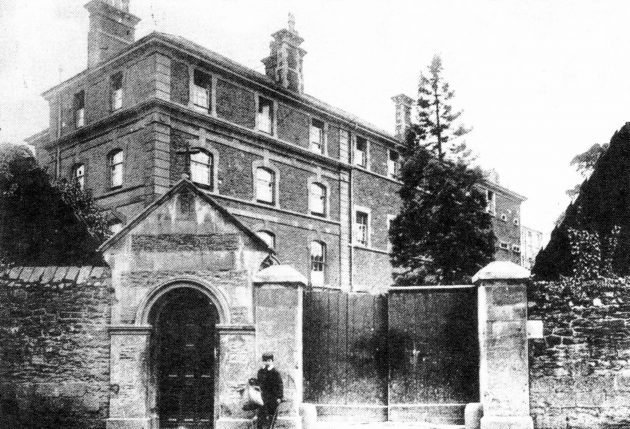 Room 160 at the Arnos Manor Hotel

The Arnos Manor used to have its own chapel, used by nuns. One of them found out she was pregnant and took her own life. As if this wasn’t macabre enough, her sisters were then compelled to brick her corpse up in an alcove to conceal the scandal. She remained hidden there until WWII when part of the building was damaged by a bomb and builders unearthed her bones, which they then re-hid in the wall of room 160 to save time and questions.

Her ghost is said to haunt the hotel, climbing stairs that don’t exist, softly calling out names, and pressing down on guests’ chests as they sleep.

Since 1950 three other unexplained deaths have happened in room 160.

The Knights-Templar, the famous medieval warrior-monks, once owned much of what is modern Bristol south of the river, an area known as Temple Fee. Hence Temple Meads, for example. There are all manner of legends and occult tales associated with the Templars. It is said that the ghost of what seems to be a Templar has been spotted a few times at the Avon Fire & Rescue station on Temple Back

The Bristol Old Vic is supposed to be haunted by the ghost of 18th-century actress Sarah Siddons. She had been seen roaming about the theatre and younger thespians are sometimes said to be spooked by the feeling of a “presence” backstage. In some reports, theatre lights have gone out mysteriously. The story gets confused, as some say the spirit is not that of Siddons at all, but of Sarah Macready, who ran the theatre in the mid 19th century. The Old Vic is also supposed to be haunted by the spirit of a former stage hand, who gets blamed for moving objects around.

The Granary, for long one of Bristol’s best-loved live music venues, is, you might say, haunted by the presence of all the greats of rock, folk and jazz who once played there. Built in the 1870s, it’s said to have an actual ghost as well; that of a Victorian workman who wandered the darkened upstairs spaces. He is supposed to have been involved in an argument with a workmate over a woman and in the struggle fell down a lift shaft.

Stoke Park. The Dower House and the park are said to be haunted by Lady Elizabeth Somerset, daughter of Elizabeth Somerset, Duchess of Beaufort, who died in a fall from her horse at the age of 18. There is a memorial obelisk to her in the park and if you wait by the monument and hear three knocks it means she is present. She is supposed to rise around the park at night, and the sound of horse’s hooves are sometimes heard.