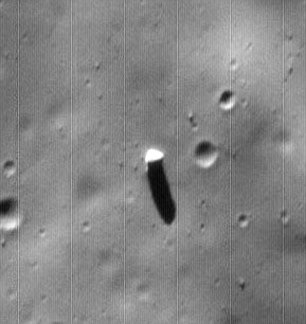 The ‘monolith’, was snapped from 165miles away using a special high resolution camera on board the Mars Reconnaissance Orbiter.

Yisrael Spinoza, a spokesman for the HiRISE department of the university’s Lunar and Planetary Laboratory, said: ‘It would be unwise to refer to it as a “monolith” or “structure” because that implies something artificial, like it was put there by someone for example. 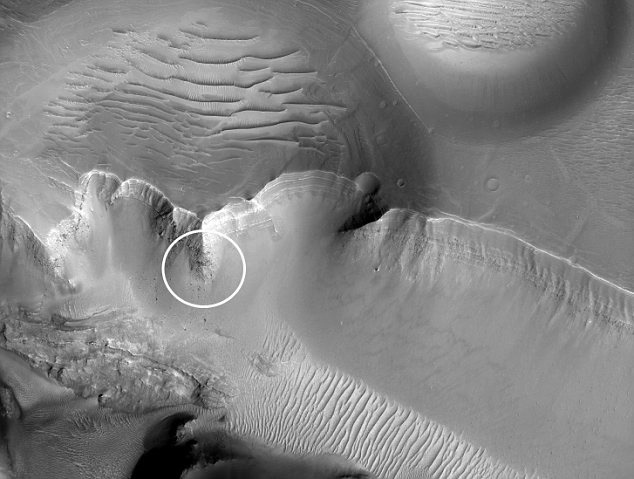 “Is it possible that there used to be an ancient civilization on Mars?’

It is possible NASA has the answer, this could be the first stage of disclosure !

Fuel was added to the flames after Buzz Aldrin, the second man to walk on the Moon, alluded to a similar monolith detected on Mars’ moon Phobos.
Speaking on a U.S. cable television channel he said: ‘We should visit the moons of Mars.

‘There’s a monolith there – a very unusual structure on this little potato shaped object that goes around Mars once every seven hours.

Let’s go check it out!

In 2007 the Canadian Space Agency funded a study for an unmanned mission to Phobos known as PRIME (Phobos Reconnaissance and International Mars Exploration).

The building-sized monolith is the main proposed landing site but not because scientists suspect UFO activity. They believe the object is a boulder exposed relatively recently in an otherwise featureless area of the asteroid-like moon.

PRIME investigator Dr Alan Hildebrand said it could answer questions about the moon’s composition and history.

‘If we can get to that object, we likely don’t need to go anywhere else,’ he told his science team.