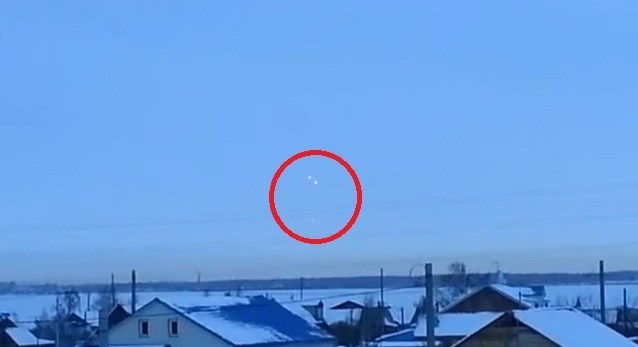 Canadians claim to have sighted nearly 2,000 Unidentified Flying Objects (UFOs) in 2012 alone, according to the annual report from Ufology Research – an increase of over 100% on the previous year.

The survey documented 1,981 sightings last year, compared to 986 in 2011. It states 40% of the sightings were reported from Ontario and every province, except Saskatchewan and Prince Edward Island, reported seeing some form of mysterious light or object in the sky.

It’s something across the board,” Chris Rutkowski, a civilian science writer and the author of the UFO survey since 1989 claimed, “People in Canada were actually looking up into the sky more than in previous years.”

Among the many UFOs sighted, people have seen objects in various shapes and forms, including triangles, as balls of fire and disc-shaped flying saucers; the latter, predictably, was the most common form of UFO sighted.

Adam Canning, of Lake Charlotte in Nova Scotia, is one of several claiming to have seen UFOs. The 10-year-old boy, who reported a sighting with his friend, described the event as: “I could see it in the distance for about a minute and then like boom, it went really fast. I heard this, beep, beep, beep. I knew something was in the sky. I looked up and there was a big thing. Big, round, like a big hotel or something.”