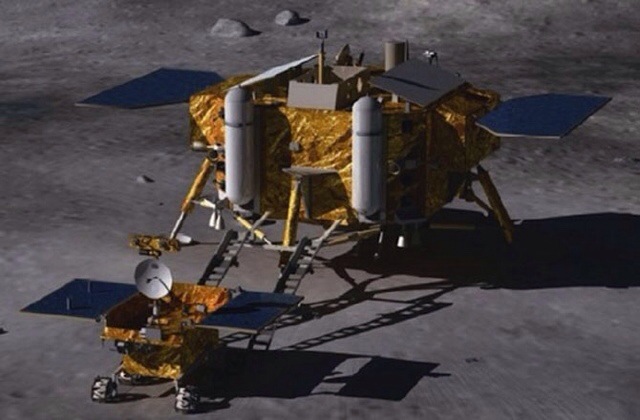 The first soft moon landing since 1976!

China has landed its first robotic lander on the moon, a historic lunar arrival that makes the country only the third nation to make a soft-landing on Earth’s celestial neighbor.

China’s Chang’e 3 moon lander and its Yutu rover touched down on the moon Saturday (Dec. 14) at about 8:11 a.m. EST (1311 GMT), though it was late Saturday night local time at the mission’s control center in Beijing during the landing. It is the first soft-landing on the moon by any spacecraft in 37 years.

Following a lengthy engine burn Saturday, the mooncraft lowered itself to the lunar surface on autopilot, making what appeared to be a smooth touchdown on the Bay of Rainbows in the moon’s northern hemisphere. The descent from lunar orbit to the moon’s surface took about 12 minutes.

Shortly after landing, Chang’e 3 deployed its vital solar arrays, which were folded for the landing, to begin generating power for its lunar surface mission. The lander is now expected to unleash the instrument-laden Yutu rover, built to trundle across the dusty, time-weathered terrain for months.

The Yutu rover (its name means “Jade Rabbit”) is named after the pet rabbit that travels with the goddess Chang’e to the moon in Chinese legends. Chang’e 3 is China’s third lunar mission to carry the name, but the first to land on the moon. The first two Chinese lunar missions only orbited the moon. 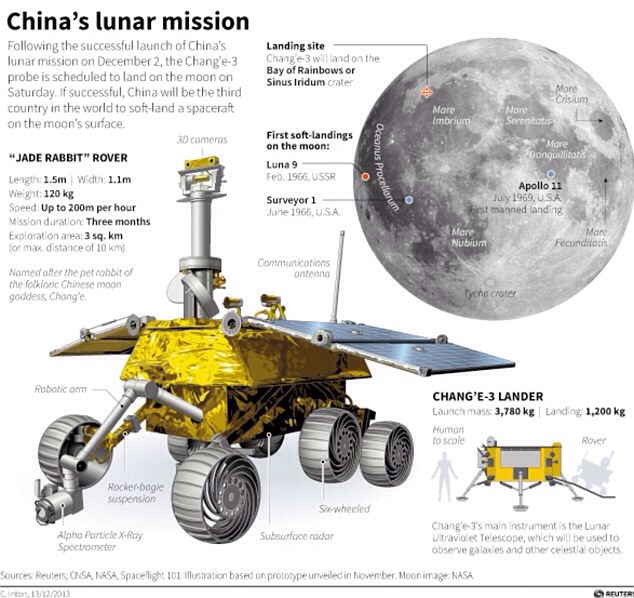