Home UFO Mysteries Could It Be An Alien Craft? UFO Over Washington Looks Mysterious,
UNEXPLAINED MYSTERIES 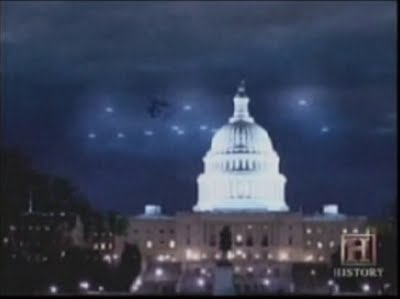 A UFO over Burbank, Washington, is still puzzling a 52-year-old man, who spotted the bright, flashing lights and quickly grabbed his camera.

The lights, which first appear in a triangular shape with one flashing brightly, don’t look like anything you’d see in the night sky. Could this have been an alien craft?

According to Mike Klug, the lights he saw were not your normal plane or helicopter and have left him wondering what he saw since he spotted them on March 24.

“It looked like a glass ball with an arc welder’s light inside of it,” he said. “It was moving slower than an aircraft.”

Knowing no one would believe him, he decided to grab his video camera and film the lights. What he got on camera, appears to be a UFO or some sort of “orb”.

However, the director of the National UFO Reporting Center does not believe that Lug spotted an actual alien craft.

“The first object I believe, and I’m not 100 percent, acts like an aircraft making a left-hand bank, and given how steep the bank is, my guess is that it is a military aircraft,”, said the director of the center.

Could it have been a military aircraft or was it something else?

Most people will spot something odd in the sky at some point in their lives, and most of the time it will not turn out to be a UFO. But doesn’t this video look like something strange?

What do you think? Check out the video here and leave your thoughts below!