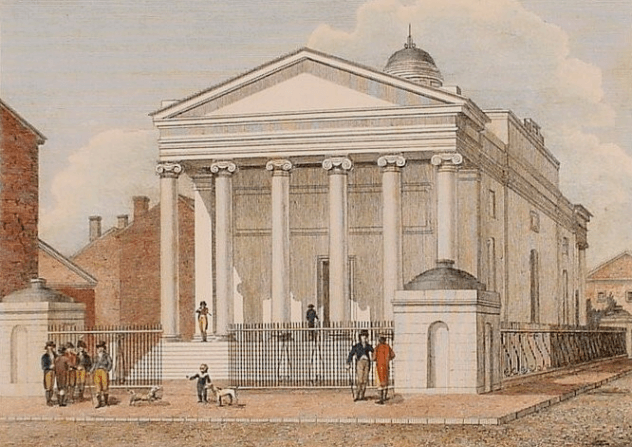 The robbers got away with over $162,000. That impressive number limited the suspect pool to people with the required skills or access to pull it off. Blacksmith Patrick Lyon became the primary suspect, as he’d recently installed new locks on the vault doors of the bank. Authorities and bank officials believed that he forged another key for himself and simply walked inside the vault while the bank was empty. Based on their suspicions, they arrested Lyon and set his bail at $150,000.

The real culprits turned out to be two men named Thomas Cunningham and Isaac Davis. Cunningham, a porter at the bank, served as the inside man. He died of yellow fever soon after the heist. Davis was caught after depositing stolen money at banks around Philadelphia, including the one he’d robbed. However, he later received a pardon in exchange for giving back the money and making a full confession.

As for Lyon, he wrote a book about his experience and sued for wrongful imprisonment afterward. Some of the country’s top lawyers got involved, and it was one of the first trial in the US to deal with the concept of probable cause. Lyon received $9,000 in damages.