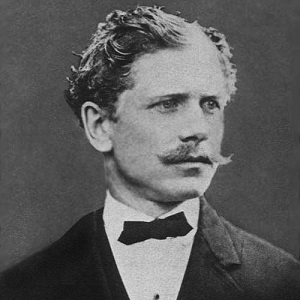 People vanishing into thin air in front of witnesses, never to be seen again, does it really happen?. There are countless stories from around the world of this incredibly weird phenomena. The most famous of these disappearing stories is of farmer David Lang, who supposedly disappeared from his farm one day in full view of his wife, his two children, and two visiting friends, one of which was a well respected Judge. It seems that David Lang suddenly dropped off the face of the earth mid step in the middle of his field.

The year was 1880, date: September 23. Mr David Lang was out in his fields on his farm. His wife watched him from the porch of his house while his two children played happily in the front yard.

A lawyer by the name of “Judge” August Peck accompanied by his brother-in-law were driving up to the farm in their buggy when Mrs. Lang suddenly started hysterically screaming.

The two men saw what she was screaming at and could only stare in disbelief. David Lang who was mid step disappeared right in front of their very eyes. He simply vanished into thin air!!

Of course the full search was done of the area in the following days but no trace of Mr Lang was ever found. A strange circle was said to have been found at the spot where he disappeared from. It was said that nothing would ever grow in this fifteen ft diameter circle and no insect or animal would go near it. One of Mr. Lang’s children was said to have wandered into the circle at one time and heard their fathers cries perhaps coming from another dimension?. Mrs Lang never recovered from the shock of seeing her husband suddenly disappear. There was never a funeral held for David Lang.

In the later years Mrs Lang left the farm and allowed “Judge” Peck to lease it out. However the field where David Lang disappeared was never used, it remained unused and untouched until Mrs. Langs eventual death.

The Truth behind the Lang Story

The David Lang story first became popular in the 1950’s when it appeared in the July 1953 issue of Fate magazine. The story was titled “How Lost Was My Father?” and the claim was that it was written as a firsthand account of the event as told by his daughter Sarah in an interview with Stuart Palmer in 1931. The article also claimed that in April 1929 Sarah received a message via automatic writing from her father. The message was written in her fathers handwriting and said “Together now. Together now and forever…after many years…God bless you.” To Sarah these words meant, “Mother and Father are together now in the World Beyond, after the nightmare years of separation.”

A Nashville librarian by the name of Hershel G. Payne spent many years attempting to validate the story. He could find no evidence whatsoever of a Lang family or an August Peck ever living in the area. He concluded that the tale was a journalistic hoax created by a traveling salesman named Joseph M. Mulholland. Mulholland was well known to have contributed many far-fetched stories to various papers under the pseudonym Orange Blossom. It is believed that Mulholland based his story on a science fiction story titled “The Difficulty of Crossing a Field,” by Ambrose Bierce. The story told by Ambrose Bierce was complete fiction also.

The original Fate story contained samples of what was claimed to be David Lang’s handwriting, automatic writing, and signatures by Sarah and a notary public. Upon further Investigation by handwriting expert Ann B. Hooten, it was shown that the writings were all authored by the one individual – presumably Stuart Palmer. Sarah Lang and her father never existed at all.