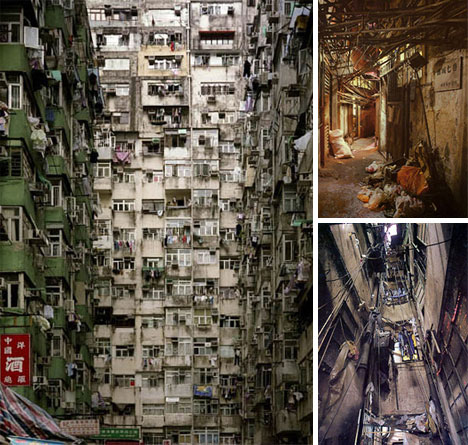 Once thought to be the most densely populated place on Earth, with 50,000 people crammed into only a few blocks, these fascinating pictures give a rare insight into the lives of those who lived Kowloon Walled City.

Taken by Canadian photographer Greg Girard in collaboration with Ian Lamboth the pair spent five years familiarising themselves with the notorious Chinese city before it was demolished in 1992.

The city was a phenomenon with 33,000 families and businesses living in more than 300 interconnected high-rise buildings, all constructed without contributions from a single architect.