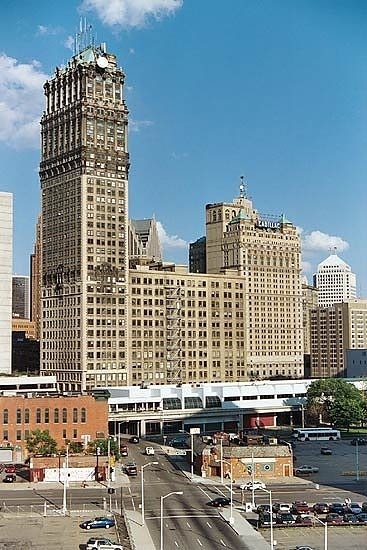 The Italian Renaissance style Book Tower took ten years from 1916 to 1926 to build and was completed just at the beginning of the Art Deco phase. Named after Detroit’s Book Brothers, the office tower was briefly the city’s tallest until the completion of the Penobscot Building in 1928.

In July 2006, the building was sold to the Pagan Organization whose offshoot Northeast Commercial Services Corp. filed for bankruptcy in May 2007, not even a year later. In January of this year, Bookies Tavern, the last occupant, moved out, leaving the building completely vacant. Though plans exist to renovate the Book Tower and turn it into 300 apartments and retail space, nothing has been finalised yet.

The Broderick Tower with a whale mural by local artist Wyland painted in 1997.

The David Broderick Tower, completed toward the end of the Roaring Twenties in 1928, is a mix of Neo Classical and Beaux Arts. It is named after David Broderick, an insurance broker, who bought the building in 1945.

Since Broderick’s death in 1957, the tower has changed ownership many times and closed completely in the 1980s. Except for bars and restaurants occupying the first floor, the building has been abandoned ever since. However, redevelopment has been underway and the tower is set to reopen in early 2010. Planned is a mall on the first four floors, office space on the two floors above and residential apartments on floors 5 through 34. 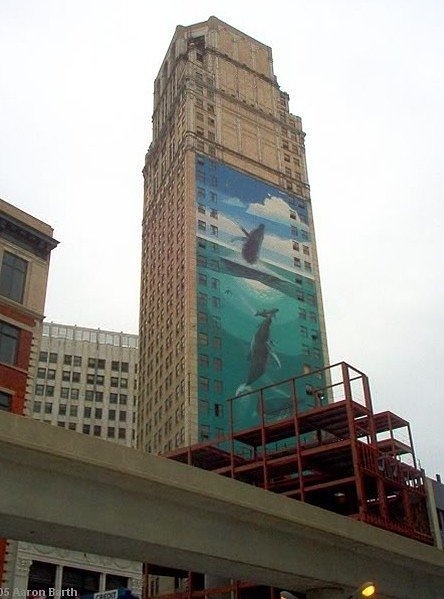 The United Artists Theatre Building was constructed in 1928 in Renaissance Revival style and is almost completely made of brick. Its offices space was used until 1973 and its movie theatre until 1978. For five years, the Detroit Symphony Orchestra used it as a recording theatre but the building finally closed in 1984.

Since then, the building has been in various stages of disrepair with windows and its ground floor taken over by graffiti, which was removed in preparation for the 2006 NFL Super Bowl. Though talk of a new lease of life for the building has been around since 2006, no concrete plans have come forward. 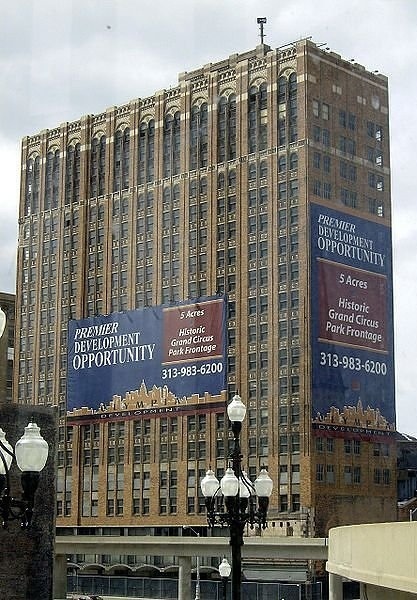 The Lee Plaza is an Art Deco hotel built by Charles Noble in 1928. Since its heyday, economic hardship followed and the building’s ownership changed several times. It was even used as a senior citizens’ complex before closing as a residence in the early 1990s. Today, the Lee Plaza Hotel grins toothless, er, windowless into the downtown Detroit landscape, having had much of its artwork, internal wiring, fixtures and valuable material removed illegally by scavengers. 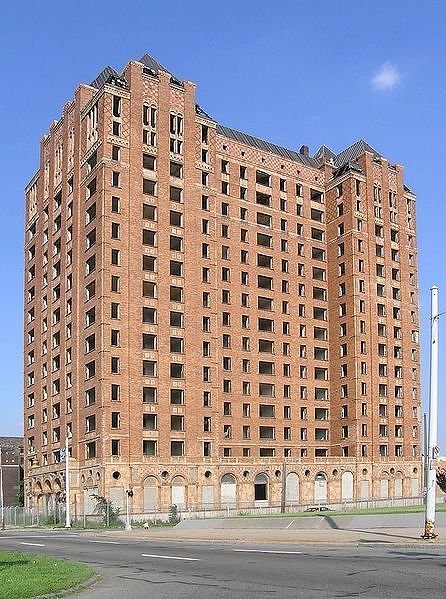