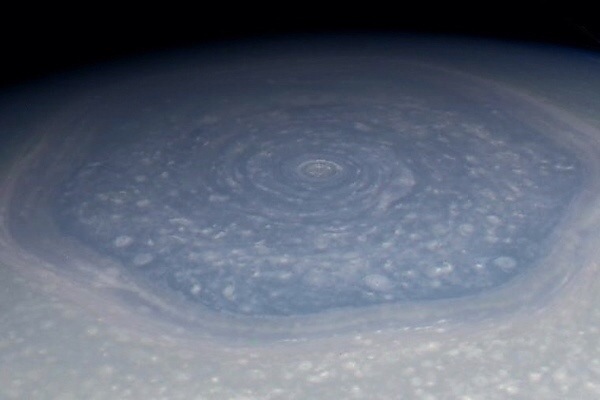 An unusual structure with a hexagonal shape surrounding Saturn’s north pole was spotted on the planet for the first time thirty years ago. Nothing similar with such a regular geometry had ever been seen on any planet in the Solar System. The Planetary Sciences Group has now been able to study and measure the phenomenon and, among other achievements, establish its rotation period. What is more, this period could be the same as that of the planet itself. Saturn is the only planet in the Solar System whose rotation time remains unknown.

In 1980 and 1981 NASA’s Voyager 1 and 2 space probes passed for the first time over the planet Saturn, located 1,500 million km from the Sun. Among their numerous discoveries they observed a strange, hexagon-shaped structure in the planet’s uppermost clouds surrounding its north pole. The hexagon remained virtually static, without moving, vis-à-vis the planet’s overall rotation that was not accurately known. What is more, the images captured by the Voyager probes found that the clouds were moving rapidly inside the hexagon in an enclosed jet stream and were being dragged by winds travelling at over 400 km/h. 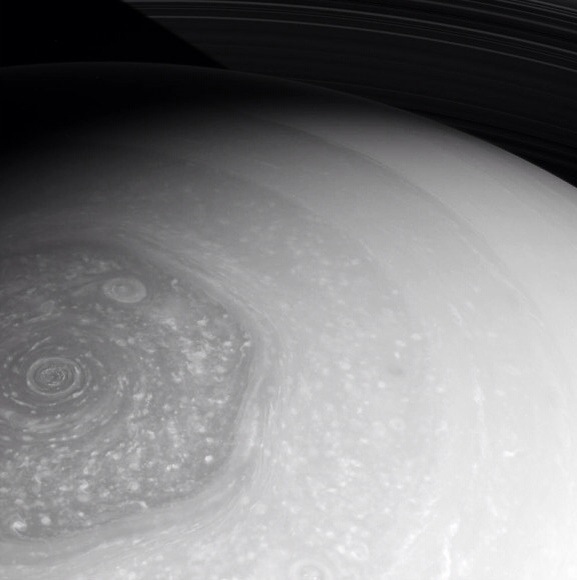 Did Aliens make it?

The hexagon, according to NASA, is 60 miles thick (deep) and an astonishing 15,000 miles wide.

That means four Earths would fit inside it. Yes, it’s really that big. And of course, it seems entirely unnatural. Clouds don’t form hexagon shapes and then maintain those structures as the edges orbit the center. Looking at this shape, it is difficult to explain it as “natural.”

There are really only two possibilities for explaining the giant hexagon on Saturn: It is either a natural phenomenon or it was intelligently designed.