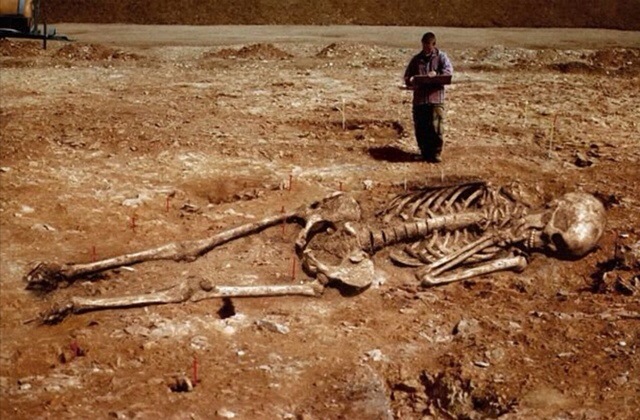 Many newspaper stories in the United States during the 1800s into the early 1900s were sensational, in all sense of the word. The tales are incredible and written in the era when journalism meant whatever sold papers, truth be damned. 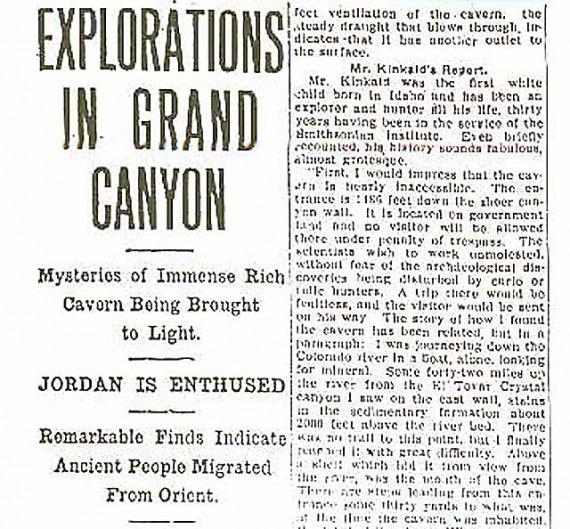 The most famous of these reports appeared in the April 5, 1909 edition of The Arizona Gazette, entitled “Explorations in Grand Canyon.” Explorer G.E. Kinkaid discovered a huge underground “citadel” while rafting on the Colorado River. Exploring a tunnel that stretched “nearly a mile underground,” Kinkaid found this citadel, which was filled with tablets carved with some type of hieroglyphics, and home to a stone statue he described as resembling Buddha. Copper weapons lined the walls, but the most intriguing aspect of this ancient dwelling/worship place/tomb, were the mummies, all wrapped in a dark fabric. The mummies were supposedly more than nine-feet-tall. To feed the fire of conspiracy, and to keep anyone from finding the giants of the citadel themselves, the United States government allegedly closed that area of the canyon from public view.
But this well-known story of American giants isn’t alone.

The New York Times reported a nine-foot-tall skeleton of a man discovered in a mound near Maple Creek, Wisconsin, in December 1897. The Times also carried the story “Strange Skeletons Found” near Lake Delevan, Wisconsin, in its May 4, 1912 issue. The skulls of giant skeletons excavated from a mound had “a minute resemblance to the head of the monkey.” 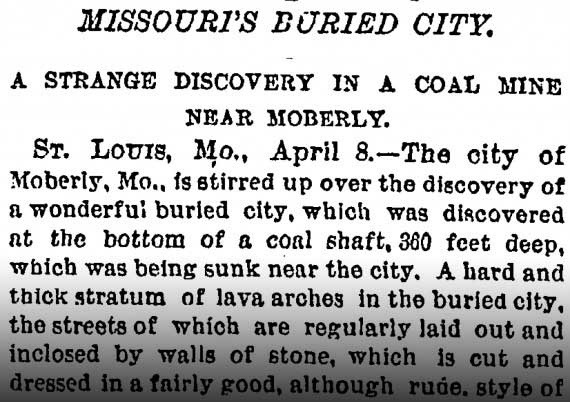 But an April 9, 1885 story in The New York Times entitled: “Missouri’s buried city: A strange discovery in a coalmine near Moberly,” revealed a find that predated the supposed citadel in the Grand Canyon by 24 years. Moberly, the largest city in Randolph County, Missouri, had a population of 6,108 in the 1880s.
Coal miners, sinking a shaft 360 feet deep, broke into a cavern revealing “a wonderful buried city,” the article claimed. Lava arches stretched across the roof of the cavern, looming over the streets of an ancient city “which are regularly laid out and enclosed by walls of stone, which is cut and dressed in a fairly good, although rude style of masonry.”
Workers, along with Moberly city recorder David Coates and Moberly city marshal George Keating, inspected the site and found a 30-by-100-feet hall in the cavern filled with stone benches and hand tools. “Further search disclosed statues and images made of a composition closely resembling bronze, lacking luster,” the article read.
Explorers discovered a stone fountain in a wide court, still pouring “perfectly pure water” into its basin. But it was what lay beside the fountain that interested the people exploring the site. “Lying beside the foundation (of the fountain) were portions of the skeleton of a human being,” according to the article. “The bones of the leg measured, the femur four and one-half feet, the tibia four feet and three inches, showing that when alive the figure was three times the size of an ordinary man, and possessed of a wonderful muscular power and quickness.”

Its skull, the story reported, was shattered; bronze tools, granite hammers, metallic saws and flint knives were scattered all around. “They are not so highly polished, nor so accurately made as those now finished by our best mechanics, but they show skill and an evidence of an advanced civilization that are very wonderful,” according to the article.